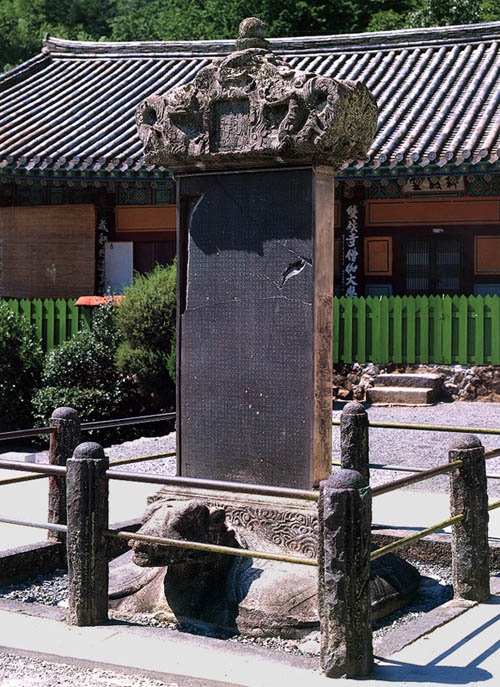 It is the memorial stone for Jingamseonsa, a famous Buddhist monk who introduced beompae (Buddhist music) to Korea at the end of the Unified Silla Period (678-935). The monument was built in 887.

Though its body is damaged, it features a tortoise-shaped pedestal and an ornamental top in the form of a hornless dragon. Facing the pedestal, there is a large monument seat on the center of the tortoise’s back and its four faces have carvings of cloud designs. On the ornamental top, hornless dragons fighting for a magic stone that bestows omnipotence are depicted.

The monument is famous because its inscription was created and written by Choe Chi-won at the end of the Unified Silla Period. Choe was known for the lively, expressive letters he created with the natural flow of his brush. Although the tortoise-shaped pedestal, the ornamental top in the form of hornless dragon and the pagoda body all remain, they suffered from cracks and abrasion.