Mandela for the ages

Mandela for the ages 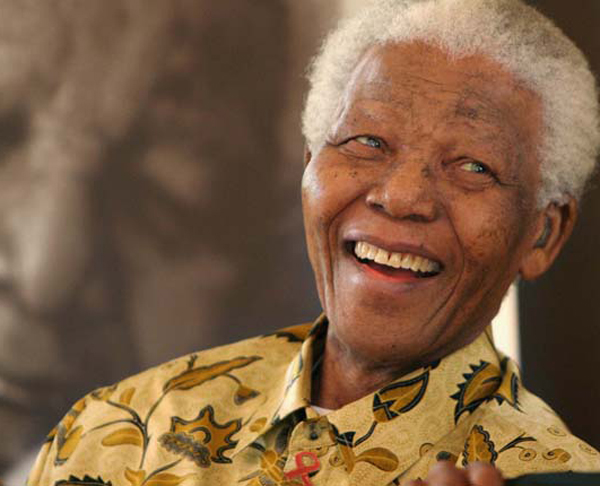 May he rest in peace! South Africa’s first black president and anti-apartheid icon Nelson Mandela died at his home Thursday at the age of 95. [AP/NEWSIS]

MELBOURNE - Without Nelson Mandela, South Africa’s apartheid nightmare eventually would have come to an end. Its enforcers were beyond the civilized pale, and the world’s patience with them had run out. But, without Mandela’s towering moral and political leadership, the transition would have been long, ugly and bloody beyond measure.

One Afrikaner leader, F.W. de Klerk, came to understand - late, but not too late - what the times demanded, and he thoroughly deserved to share the 1993 Nobel Peace Prize with Mandela. But it was Madiba - the tribal name by which South Africans of every caste and color now affectionately call him - who made the crucial difference.

I was lucky enough, as Australia’s foreign minister at the time, to be one of the first foreign officials to greet him after his release from prison in February 1990 - just a few days later, in Lusaka, where he had flown to meet his African National Congress colleagues in exile. Approaching the meeting, I was excited but nervous. Could the reality of the man possibly match my expectations?

Mandela had long been my personal hero, from my student days in the 1960s, when - like so many others of my generation - I was an anti-apartheid activist. We knew that the risks we ran of being roughed up or arrested while demonstrating against visiting Springbok rugby teams were entirely trivial compared to the risks that he and his colleagues had been prepared to face.

We could recite by heart the last words of his 1964 Rivonia Trial speech, one of the most thrilling affirmations of the human spirit ever uttered: “a free society … is an ideal which I hope to live for and to achieve. But if needs be, it is an ideal for which I am prepared to die.”

But how much of that dignity and idealism could possibly have survived the ordeal of 27 years in prison, most of that time on Robben Island in the South Atlantic?

I need not have worried. Like so many others before and since, I was captivated from the first moment by Mandela’s huge, luminescent smile, by his unending charm and grace, and by the lucid intelligence with which he discussed his country’s transition problems. But, above all, there was his extraordinary, almost unbelievable, lack of bitterness toward his Afrikaner jailers.

Mandela was, in fact, as keen to talk to me as I was to meet him. He wanted to thank Australia for the very significant role our country had played in sustaining the pressure for change, particularly under Bob Hawke’s government, and in leading the global charge for financial sanctions on the apartheid regime. So, sitting face to face across the Zambian president’s dining table, it was just the two of us, for an hour or more, chatting away comfortably about everything from United Nations sanctions to the end of the cold war to our children’s careers.

Of all the meetings with all the leaders and other international figures around the world that I have had during all my years in public life, there is no question about which one gave me the most joy. Mandela is simply the most impressive and decent human being I have ever met, or am ever likely to meet.

This was an impression, moreover, that did not fade with familiarity. We met a number of times in the years that followed, on his visits to Australia and in South Africa - at his home in Soweto - and on one memorable occasion when I accompanied him to the opening match of the 1995 Rugby World Cup, at Newlands Stadium in Cape Town.

More than 50,000 South Africans - Afrikaners almost to a man, with hardly a black face in sight - were there to see their country play mine. And, as their new president walked out onto the ground to greet the players, every single one of them seemed to bellow in enchanted union “Man-del-a! Man-del-a!”

If Mandela’s leadership can be argued, as I think it can, to have been of a once-in-a-century quality, the opportunity to experience it first-hand was a once-in-a-lifetime privilege.

When it comes to national leadership at a time of fragility and transition, so much seems to depend on the luck of the draw. Will a country find itself with a Milosevi or a Mugabe; an Ataturk or an Arafat; a Rabin who can see and seize the moment, and change course, or someone who never will?

South Africa was lucky - almost miraculously so - to have had Nelson Mandela. His memory will be cherished for as long as history continues to be written.

*The author, Australia’s foreign minister from 1988-96 and president of the International Crisis Group from 2000-9, co-chairs the New York-based Global Center for the Responsibility to Protect.