Friday and Saturday: For the fifth year, several leading Korean singers are coming together for “The Vocalist Concert.” This year’s lineup features Bobby Kim, Ali, Lee Jung and Park Wan-gyu, four singers known for their unique styles. “The Vocalist Concert” started in 2009 with Bobby Kim, Kim Bum-soo and Wheesung. This year’s show will differ, however, thanks to the addition of Park, who is more of a rocker than a crooner.

Dec. 20 to 24: Psy is ready to dance under the moonlight with his Korean fans. The singer’s concerts are always popular, thanks to the singer’s nonstop energy onstage.

Psy recently wrote on Twitter that he had a hard time last year, despite his amazing international breakthrough, because he had to keep performing only “Gangnam Style” and “Gentleman,” the only songs he is know for internationally. For this concert he will perform about 15 songs, as per usual at his shows in Korea.

Dec. 20, 21, 24, 25: Brown Eyed Soul, the four-man R&B group, will hold a concert to commemorate its 10th anniversary. The group released new music for the first time in three years earlier this month, an EP titled “Always Be There.” 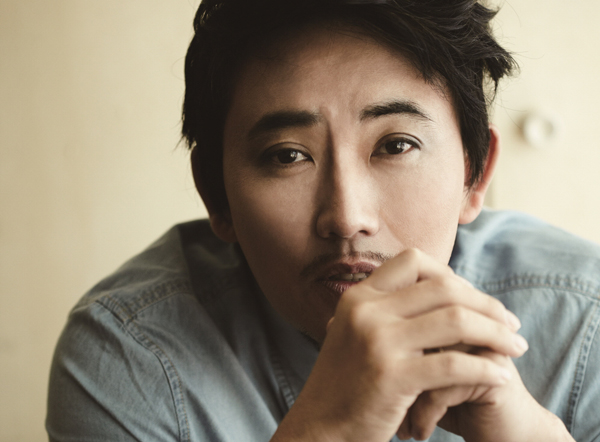 Dec. 20, 21, 22, 24: One of the best vocalists in Korea, Lee Seung-chul, will present his third series of concerts in 2013, “Carol Line.” These shows follow “Beach Voice,” his summer concert in August, and “Love Rain,” his fall concert in October.

Lee, who was a judge on the popular TV show “Superstar K” on cable channel Mnet, is known for his sweet but powerful voice. “Carol Line” will kick off in Busan on Saturday and continue through Dec. 31 in Daegu. The Seoul concerts all start at 8 p.m.

Dec. 20, 21: Urban Zakapa will present its set of third Christmas concerts this year. Last year, the group’s Christmas shows were the biggest sellers of the year.

In addition to the two Seoul shows, Urban Zakapa will hold concerts in Daegu, Busan and Daejeon. Recently, the band released the single “Walk Backwards,” which made its way to the top of the music charts.

Dec. 24 to 28: The folk-rock duo 10cm will present their very-first Christmas concert this year. 10cm became indie darlings in 2010 for their song “Americano.”

The songs on their second album, “2.0,” did even better, appearing on the music charts and turning the group into mainstream stars. 10cm moved their popularity up yet another level after appearing on the MBC’s extremely popular entertainment program “Infinite Challenge.”

While his name might not be so familiar, his song “Rainbow Bridge” is well known to Koreans, thanks to its ubiquitous use in television ads and dramas.

Barakatt not only writes pieces for the piano, but also for the symphony, and he sings and works as a producer. He has collaborated with numerous artists in Korea, including the singers Wheesung, John Park and Shayne.

This Christmas concert is being held in the middle of Barakatt’s first tour in Korea, “Romantic Concert.” His tour will continue in Cheongju, North Chungcheong, afterward.

Dec. 30, 31: Hip-hop group DJ DOC will have its first solo concert in two years to celebrate its 20-year anniversary. Its concerts are famous for their party-like atmosphere.

For the show on Dec. 31, there will be a countdown to the new year. 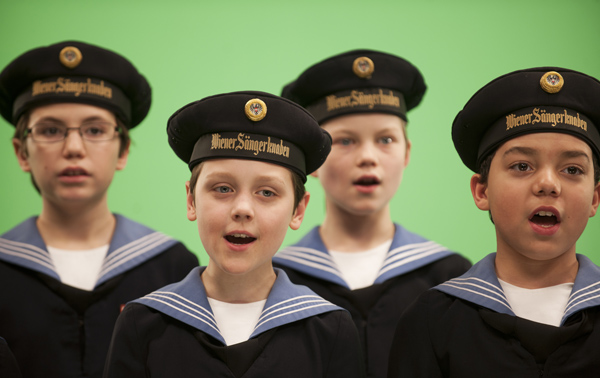 The Vienna Boys Choir is coming to Korea for a concert and will perform under the baton of female conductor Kim Bo-mi. See MUSIC, left. Provided by the organizer

Jan. 19: Vienna Boys Choir, one of the best known boys’ choirs in the world, has performed about 300 concerts each year with 520 years of history.

The choir is a nonprofit organization with approximately 100 choristers between the ages of 10 and 14.

It is adored by people around the world for its collective angelic voice.

The choir is divided into four subgroups, each named after the renowned composers Bruckner, Haydn, Mozart and Schubert.

In this Korea tour, the Mozart section will present a concert under the direction of the conductor Kim Bo-mi. Kim is the very first female conductor of the Vienna Boys Choir from Korea.

Feb. 18: Lim Dong-hyek, a pianist with many fans of his good looks, will present his first solo recital in two years.

Lim’s play lacks unnecessary techniques and is famous for its tone and expression of various styles, which has made him one of the best pianists to perform pieces from the Romantic era. This time, however, he will present Debussy, Beethoven and Schubert.

The concert will mark a turning point as Lim shakes off his image as a competition prodigy and finally becomes a mature, well respected pianist.

To Jan. 26: A Korean production of the musical “Wicked” is being presented in Korea for the first time. Adapted from the best-selling novel, “Wicked: The Life and Times of the Wicked Witch of the West,” by Gregory Maguire, the musical is an alterative view of L. Frank Baum’s famous story “The Wizard of Oz.”

To Dec. 22: The West End’s popular musical “Ghost” is being presented in Korea for the first time. Adapted from the Hollywood movie of the same name, “Ghost” tells the undying love story of Molly and Sam. 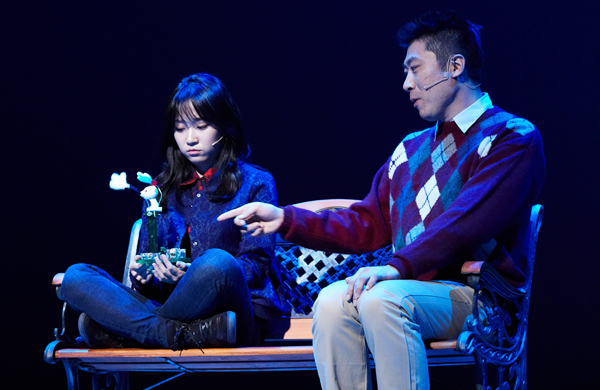 Dec. 16 to Jan. 29: This musical is based on songs by the late Kim Kwang-seok, one of Korea’s most important singers from the late 1980s and early 1990s, before his untimely death in 1996. “December” is a story of tangled love. Ji-wook and his best friend, Hoon, both loved E-yeon, who disappeared without a trace when they were in their 20s. But soon the past and present collide.

To March 23: Sophie, who lives on a Greek island, is about to be married and wants her father to give her away, but the problem is that she doesn’t know who her father is. After taking a peek in her mother’s diary she discovers he could be one of three candidates, so she tricks them into attending her wedding. Along the way there will, of course, be plenty of ABBA.

Dec. 20 to 31 / Dec. 18 to 25: Korea’s renowned Universal Ballet and Korean National Ballet both present the renowned Christmas performance of “The Nutcracker.”

Based on a story by E. T. A. Hoffman, the ballet tells the story of a little girl who, one Christmas Eve, dreams of a Nutcracker Prince and takes part in a fierce battle against the terrifying Mouse King.

Event information is collected from the Korea Tourism Organization and tickets for most events are available at ticket.interpark.com/
global or by calling 1544-1555.