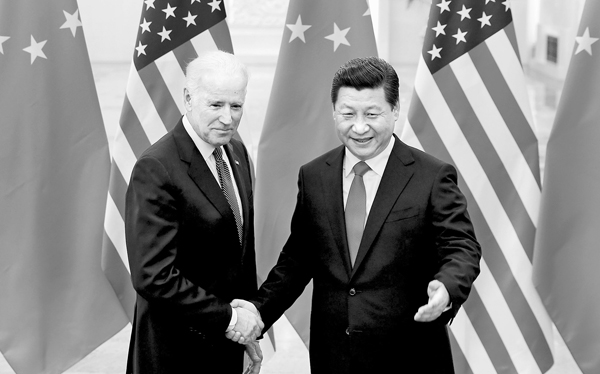 Chinese President Xi Jinping hosted a conference on diplomacy with neighboring countries Oct. 24-25. High-ranking Foreign Ministry officials and members of the CPC Central Committee’s Political Bureau and State Council were in attendance. Xi proposed four keywords: friendship, sincerity, cooperation and tolerance. Foreign policy should be built on “friendly and sincere tolerance based on mutual cooperation.” It is a great guideline for Chinese diplomacy.

“Only through better integration of China’s interests with neighbors’ can they benefit from China’s development and China benefit from theirs,” he said.

However, a month later on Nov. 23, China elevated tensions in Northeast Asia by unilaterally declaring an air defense identification zone that included Ieodo, a submerged reef off Jeju Island, and the Senkaku, or Diaoyu, Islands, which are the subject of a territorial dispute with Japan. The situation is completely contrary to the principles of friendship, sincerity, cooperation and toleration. Korea and Japan protested, and U.S., Chinese and Japanese warships swarmed the region.

Even in China, critics questioned the point of the new diplomatic guideline. They asked why the announced guideline set by state leaders became an empty slogan only after a month.

Xi’s principles seem to be based on one premise: Neighboring countries should never challenge China. China has established a set of specific core interests in state sovereignty, territorial rights and social stability. Whether it be Tibet or Xinjiang or the South China Sea, anyone trying to invade China’s core interests is a target, not a friend. It was one of the reasons why the air defense zone became a hot issue in the region.

China’s “new type of major power relationship” with the United States is based on the same logic. On the surface, the United States, an existing superpower, and China, a new superpower, would get along without competing over influence or control. But China is essentially asking the United States to recognize its core interests in return for not challenging America’s global power.

Some politicians in Washington argue the new big-power relationship would entrust China with hegemony over all of Asia. The new power relationship may be an expression of Sino-centric DNA. It can be interpreted that China wants to restore the China-oriented Asian order.

Countries in the South China Sea, such as Vietnam, the Philippines and Indonesia, are nervous that China may declare an expanded air zone over their region. They are awaiting America’s reaction. The conservative Japanese government is using the opportunity as a justification for rearmament. Korea has declared its own defense zone that includes the airspace over Ieodo. While China proposed friendship, sincerity, cooperation and tolerance, neighbors are distancing themselves from China even more. That’s the limit of China’s foreign policy.