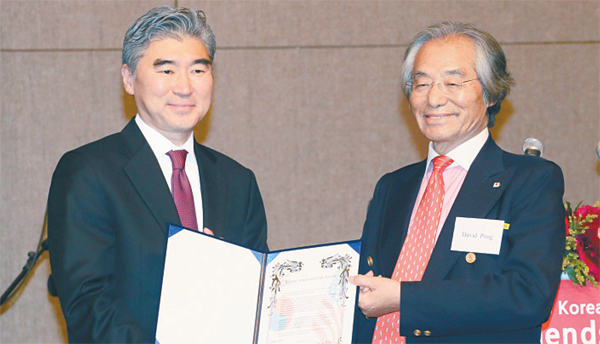 U.S. Ambassador to Seoul Sung Kim, left, was presented the first Korean-American Club award yesterday in a year-end reception at Lotte Hotel in central Seoul. The Korean-American Club is an association of former and current Korean correspondents to the United States, headed by Pong Du-wan, right, a former anchorman and lawmaker. By Kim Kyung-bin