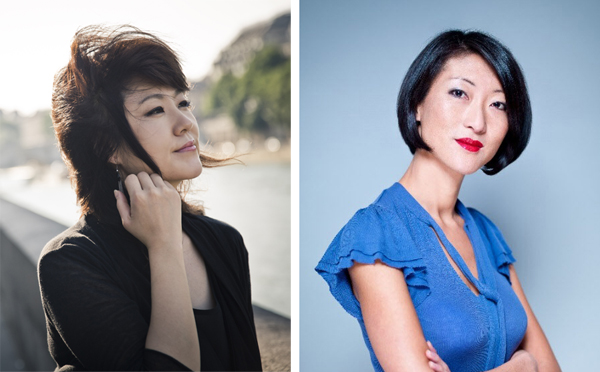 Fleur Pellerin, a delegate in the French government who is responsible for small and midsize businesses, is among those being honored by the Corea Image Communication Institute this year for boosting Korea’s brand value and connecting the country to the world.

Founded in 2003, the institute has honored academics, experts, electronic brands and products with its Korea Image Awards, which have been held since 2005.

It also uses its annual awards ceremony as an opportunity to promote the positive image of Korea to people outside the peninsula.

Pellerin is the first person of Korean descent to become a minister delegate among European countries.

“Being the first minister delegate with relations to Korea, she has made global attention fall on to Korea,” the CICI said in a release Monday.

“She has been the steppingstone to make a communication through sharing content on culture and digital economy.”

Korean jazz vocalist Nah Youn-sun has also been recognized for her efforts to reanalyze the music genre.

“As one of the well-known jazz vocalists in Korea, she has put a Korean spirit in the jazz music that was developed there in Europe,” the group said. “Such beautiful music was spread to the world.”

Samsung Electronics’ smartphone series Galaxy has also been honored for promoting the good image of the country to the world.

“Galaxy, an icon of innovation, has made Korea proud to keep its name as a country with advanced information technology,” the group said.

“It has worked as a base to spread Korean cultural content to the world, as it combines cutting-edge technology with emotions.”

The institute is preparing to have an award ceremony next month at the InterContinental Seoul Coex hotel in Samseong-dong, southern Seoul.

At the event on Jan. 15, audiences will see a performance by Na, along with celebratory dancing by the National Dance Company of Korea.

Last year, Psy and YouTube, among others, were honored.