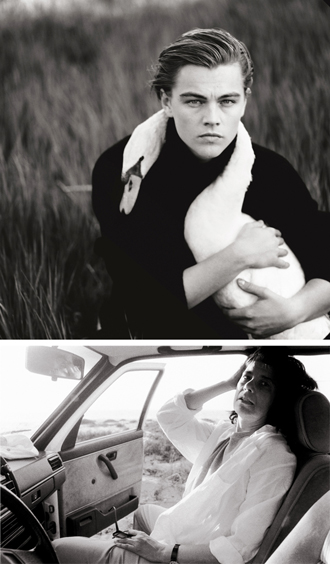 Although her name is synonymous with Vanity Fair, Annie Leibovitz’s exhibition, “A Photographer’s Life 1990-2005,” offers more than the lives of the rich and famous in color.

Born in Connecticut in 1949, Leibovitz has worked for Rolling Stone, Vogue, Gap, and even American Express. While most may be familiar with the photographer’s commercial work, it is rare to catch a glimpse of her private collection. Displayed in chronological order, the show is a celebration of a life spent putting others in the limelight.

It begins in the 1990s, with journeys and candid shots of Leibovitz’s family and her lover, writer Susan Sontag, making up the bulk of the display. Leibovitz never asked her subjects to smile in portraits unless absolutely necessary, and when she did, she always apologized. Leibovitz’s portraits depict stolen scenes captured in secret that divulge something about the subjects.

Singer Patti Smith said that after seeing a picture of herself by Leibovitz she saw herself as she truly was: in pain after the death of her husband but also strong enough to move on.

Leibovitz’s love of people is exemplified in the exhibit, where she zooms in on everything from the gracefulness of dancers to her consideration for her subjects.

And while she always stated that she wasn’t a journalist, and that her images were biased, her shots taken of massacres and killings in Rwanda and Sarajevo are powerful beyond words.

Leibovitz’s work has many sides - Brad Pitt sprawled on a bed, Jamie Foxx with a hand on his private parts and a group shot of the Bush administration - which are significant time markers of the last 15 years.

The contrast between the photographer’s celebrity pictures and her intimate ones are stark, especially the shots of her loved ones - Sontag in locations around the world - and her changing family.

The exhibit has made stops at Washing D.C., New York, San Francisco, Amsterdam and Paris among other places. And it’s easy to see the appeal. The collection is versatile and encompassing and tells a tale of love and zest for life. The exhibition will run until March 4 at Hangaram Design Museum of Seoul Arts Center in southern Seoul.