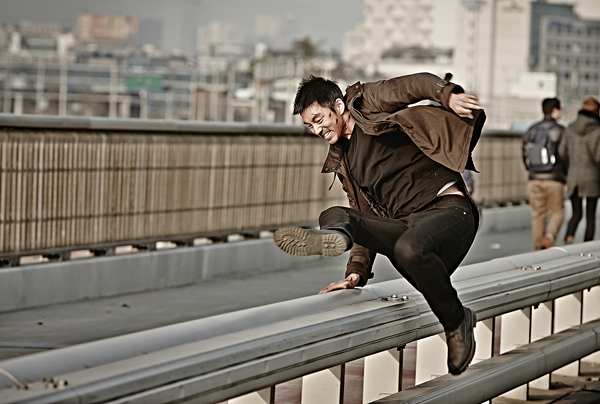 Gong Yoo portrays a North Korean secret agent who is out to find the man who killed his family.

Visiting a zoo during the early production days for “The Suspect” was apparently the best thing that Gong Yoo did to prepare for his latest role in the movie about a deadly North Korean agent in the South. A little unsure of how he would take up the challenge of an action movie, the Korean heartthrob best known for the rom-com drama “Coffee Prince” took inspiration from a beast he encountered there.

“There was a jaguar just glaring,” said Gong. “Lions and tigers stayed indoors because it was in the middle of winter, but the jaguar was circling around the enclosure,” said Gong at a press conference on Monday, where he was joined by his co-stars Park Hee-soon and Jo Jae-yoon, and director Won Shin-yeon.

And by channeling the fierce feline, Gong took on the role of Ji Dong-chul, a former North Korean special agent who is out to find the man who killed his family, while being hunted down as a suspect of a murder.

Gong had joked earlier that his mother was against him filming a movie like this “ever again” due to the high intensity of the action sequences in the movie, which was supervised by the famed martial arts director Won Jin. 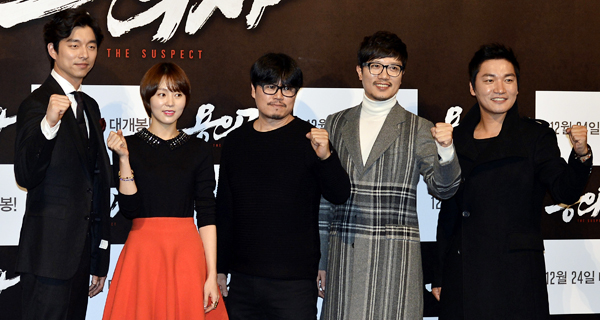 The leap from playing the heartthrob to climbing mountains, jumping off bridges, being suspended from heights of 40 to 50 meters (131 to 164 feet), high-speed car races, skydiving, parachuting and many more fight scenes did come with a price, though.

This resulted in many a tumble — two thumb injuries and a popped vein in one of Gong’s eyes, “but overall nothing too serious, so I think I was lucky,” said the 34-year-old, who insisted on doing his own action sequences.

The actor, who is best known for his sensitive romantic roles, admits he wasn’t won over from the start. Gong said he was hesitant due to the scale of it all, “but then the director told me that in addition to the action scenes, he wanted to depict the drama,” adding that the project was something that he gave all his attention to in the frame of a year.

Watching the fruits of his labor at the screening, Gong said that despite it all, every fall was worth it to bring to life “scenes that are impossible in reality.”

Yeon, known for action movies like “A Bloody Aria” and “Seven Days,” said that the movie was something he labored over in all aspects.

Although jam-packed with violence, the filmmaker said he wanted to try something different in filmmaking: “I didn’t want the action to be the sole focus of the film. I wanted drama and emotions to be highlighted, too.”

And the subject matter — a tangled web of defectors in Seoul — was something that Yeon gave a lot of thought to.

“I think I watched just about every documentary there is on North Korean defectors,” said Yeon.

In addition, the director had North Korean defectors, including a former agent, read over the script for accuracy.

“They said it was relatable to their lives,” said Yeon. “I was careful because they have lives and families, too. More than anything, I want people to watch this film and be able to empathize with the North Korean characters, to know that they aren’t so different.”