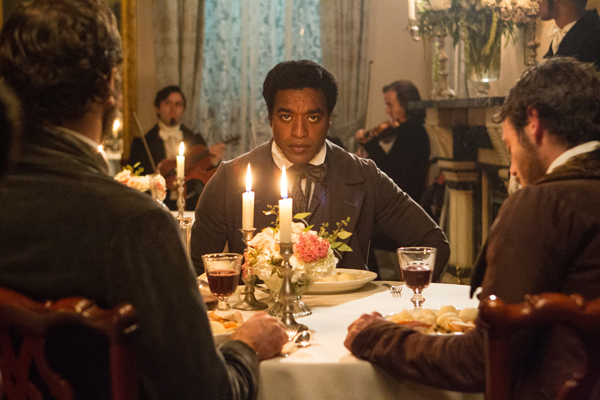 This film publicity image released by Fox Searchlight shows Chiwetel Ejiofor in a scene from “12 Years A Slave.” [AP/NEWSIS]

The SAG nominations are one of Hollywood’s first major announcements on the long road to the March 2 Oscars. Also key are the Golden Globe nominations, which will be revealed Thursday morning.

In addition to its cast honors, “12 Years a Slave” attained individual acting nominations, including male lead for Chiwetel Ejiofor as a free African-American man who is kidnapped and sold into slavery, Michael Fassbender for supporting actor as a ruthless slave owner and Lupita Nyong’o for female supporting actress as a favored fieldworker.

“Osage County” had individual nominations for Streep for female lead as the conflicted matriarch in the adaptation of Tracy Letts’ Pulitzer Prize and Tony-winning play, and Roberts for supporting female actor as the domineering daughter.

“Dallas Buyers Club” scored nominations for best actor for Matthew McConaughey as a HIV-positive rodeo-lover and Jared Leto for supporting actor as a transgender. The SAG Awards will be presented Jan. 18 in Los Angeles.