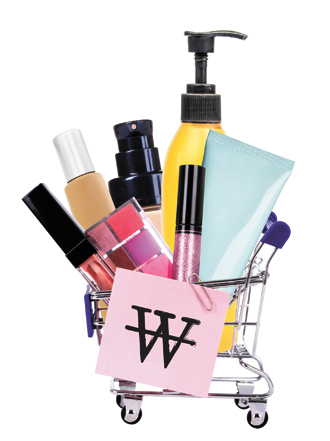 Multipurpose cosmetics of imported brands turned out to cost 30 percent to 40 percent more in Korea than in three other developed countries. But online prices here are the cheapest.

The National Council of Homemakers’ Classes (NCHC) said yesterday that imported cosmetics in Korea are more expensive than in the United States, Japan and France.

The study was funded by the Fair Trade Commission.

These multipurpose cosmetics are more than just lipstick or powder. They also are used to whiten skin pigment or combat wrinkles.

The cosmetics were divided into sun-blocking, whitening, anti-wrinkle and complex types categories. 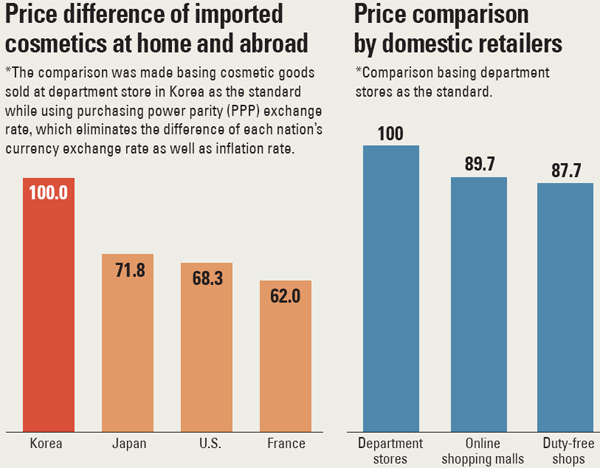 This is when the purchasing power parity (PPP) exchange rate was applied to equalize currencies by eliminating differences in national price levels.

When converted to the PPP rate, prices at Korean department stores are actually 30 percent to 40 percent higher than the other three countries.

However, when calculated using a simple exchange rate, they are not the most expensive in Korea. For instance, Kiehl’s Double Strength Deep Wrinkle Filler (2o milliliters) is 76,000 won ($72), higher than 55,000 won in the United States and 59,000 won in France, but cheaper than 101,000 won in Japan.

In addition, prices of the products online were cheapest at Korean online shopping malls.

“When we compared four functional cosmetics products sold in the four countries, three of them were 16 percent to 31 percent cheaper at Korean online shopping malls than at online stores in the other three countries,” said a spokesman for the NCHC.

The NCHC pointed that there has been no fair price competition due to companies with exclusive import contracts and the number of parallel importers needs to increase.

When the organization compared prices of retailers, department stores were the most expensive at 100, followed by online shopping malls at 89.7 and duty-free shops at 87.7.

According to the survey, there were many consumer complaints about the prices of imported functional cosmetics, as well as a large number concerning false and exaggerated advertising.