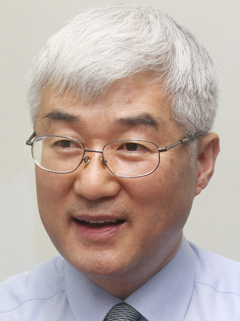 The controversy surrounding ideological biases in eight Korean history textbooks ended last week, with the Ministry of Education giving final approvals to the books revised under its order. The eight books came under scrutiny because of their perceived ideological biases and factual inaccuracies.

But the issue has much broader ramifications, extending even beyond national borders.

Korea has for many years protested Japanese history textbooks, claiming that they downplay or inaccurately portray issues regarding Japan’s imperialistic past - specifically its army’s conscription of Korean workers and the island nation’s recruitment of sex slaves during the war.

“For foreigners, the impression of Korea that they receive in their youth can remain with them for a lifetime,” said Ma Young-sam, the Ministry of Foreign Affairs’ ambassador for public diplomacy, emphasizing the importance of students’ education.

However, Ma emphasized that historical distortions aren’t just an issue in Japanese textbooks. “In various textbooks overseas, there are a substantial amount of bewildering errors and negative portrayals,” he said, adding that it can contribute to misunderstandings and misconceptions about Korea.

But even countries friendly with Korea continue to publish textbooks that contain factual inaccuracies, a recent analysis by the Foreign Ministry confirmed.

The Korean Embassy in Mexico reviewed Korea-related content in the country’s middle and high school textbooks and found that in a map from 1960 in one book, Korea was still labeled as a colony of Japan.

The embassy raised objections with the book’s publisher, who corrected the error, citing Korea as an independent nation.And in another instance, Ecuador - a country that sent troops during the 1950-1953 Korean War - had no description of the conflict whatsoever in its textbooks. Through the Korean Embassy’s efforts there, a publisher will print a social studies textbook early next year that includes descriptions of Japan’s invasion and colonization of Korea.

“We plan to be proactive with our efforts in correcting errors in Korea-related content in foreign textbooks next year,” Ma said.