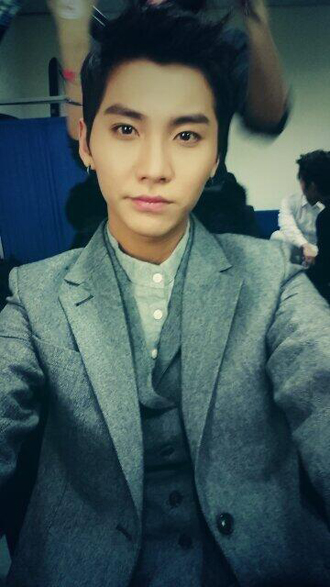 FT Island member Song Seung-hyun took to the stage yesterday at the Seongnam Arts Center to play the popular musketeer D’Artagnan in the musical “The Three Musketeers.”

Although the show marks Song’s first time playing the chivalrous soldier in Korea, he has played the role before in a Japanese version of the musical in August.

In April, Song also starred in the musical “Summer Snow” in Osaka. His performances were highly praised by Japanese citizens.

Back home, the boy band singer also played the lead character of Daniel in last year’s production of “Jack the Ripper.”

Song will take to the stage again as D’Artagnan for four more shows - two each on Jan. 19 and Feb. 1.

“Since the role has a lot of combat scenes, I took caution in perfecting the sword fight,” he said before the show. Idol groups and musical productions have an amicable relationship in Korea as group members often take to the stage in between albums. The opportunity affords them some time to rest while still learning.

FT Island’s most significant album of late is the four-track EP titled “Thanks To,” released in September. It was launched to commemorate the group’s sixth anniversary of its debut. All four songs on the new album are said to have been composed and written by the band members.