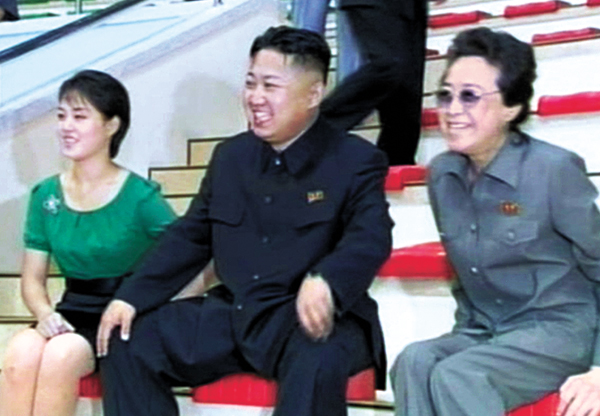 In the aftermath of the unprecedented execution of Jang Song-thaek, uncle of North Korean leader Kim Jong-un, North Korean officials with close ties to Jang working in China have disappeared and calls to their mobile phones are not being answered, reported Lee Keum-ryong, a defector turned reporter at the Free North Korea Radio (FNKR), a media outlet that reports on the Communist country.

Lee, who flew to China on Dec. 8, five days after the National Intelligence Service revealed the possible purge of Jang, said he had not been able to reach North Korean officials in his personal network in Beijing, Guangzhou and Shenyang in China.

FNKR, South Korea’s largest defector-associated broadcaster and a 2009 winner of the Reporters Without Borders Prize, started receiving a lot of attention last Monday when it first reported that Jang might have been executed on Dec. 5.

Below is Lee’s account from his visit to Beijing reported in the JoongAng Sunday yesterday.

“I went to an office building where North Korean officials in the business of trade, whom I have personally known for some years, used to work. Stuff had been removed from all three rooms and [North Korean] strangers were standing guard. I waited for hours for North Korean officials to show up, but they didn’t. A source in China told me ‘a whole group of team members seemed to have disappeared’ and those who were standing guard at the office were an arrest squad [sent from Pyongyang].

“I [finally] reached a North Korean official in hiding through a go-between. The man, who worked for a trading company under the North Korean administrative department previously led by Jang Song-thaek, said, ‘I was able to flee [from arrest]. And I expect others [with ties to Jang] have done the same. I don’t know what to do next.’”

The official told Lee he was mulling fleeing to another country, possible the United States or a European country. When asked how many North Koreans fled from arrest, the North Korean said he did not know.

One of Lee’s Chinese sources told him a majority of North Korean workers [in Beijing] “are frightened and desperate.”

“In Beijing alone, there are about 30 North Korean workers, and they are now nowhere to be seen … We don’t know whether they went back [to Pyongyang] voluntarily,” said the source.

Most of those who disappeared are senior ranking members of North Korea’s trading companies who have worked with Jang over many years and have transferred foreign currency to Pyongyang. Lee quoted his Chinese source as saying there was an arrest squad dispatched from the North, fueling speculation that those who returned to their country did it involuntarily.

“I bet their [North Koreans in China] position is that there is nothing to hope for after the execution of Jang Song-thaek,” said a Chinese businessman.

“[Those who have disappeared] are North Koreans stationed in Beijing, Shenyang and Guangzhou. Those who were in Guangzhou are the people who looked after Kim Jong-nam, the eldest son of Kim Jong-il,” he said.

The Chinese source told the FNKR reporter that he heard that Jong-nam, who had fallen out of favor with his father, came to Guangzhou to stay earlier this year. But his whereabouts are now unknown.

When asked whether the North Koreans will seek asylum, the Chinese source said, “I haven’t heard yet. But I think it was their survival instinct that prompted them to go hiding [upon learning of Jang’s execution].

There are thought to be about 70 to 80 officials from Pyongyang in Europe doing business. Analysts believe a majority of them are closely related to the executed Jang, a relationship that now gives them three choices: to return to the North to see what awaits them, to go into hiding or to seek asylum.

A source told the JoongAng Sunday that Kim Kyong-hui is rumored to have consented to Jang’s ouster after Jong-um told his aunt that Jang was trying to seize power through a coup. Another rumor has it that Jang was under detention since September this year.

Choi Jung-hoon, director at the FNKR, said according to sources in the North, O Kum-chol, vice chief of the General Staff of North Korean Army, and Choe Pu-il, minister of the People’s Security, were already executed as part of efforts to eradicate the circle around Jang. Choe, a former basketball player, is reported to have cultivated a personal relationship with Jang when he was a personal basketball coach for Kim Jong-un.

“There is also another rumor that the Pyongyang regime will not punish many members of the party elite to stave off a sense of panic among party members, except for Jang’s closest allies,” said Choi of the FNKR.

Nevertheless, sources in the North also say seniors at the North’s military officer academy in Nampo, South Pyongan Province, have been mobilized to do one-on-one surveillance on party officials to prevent them from fleeing overseas or contacting the powerful military, according to Choi.