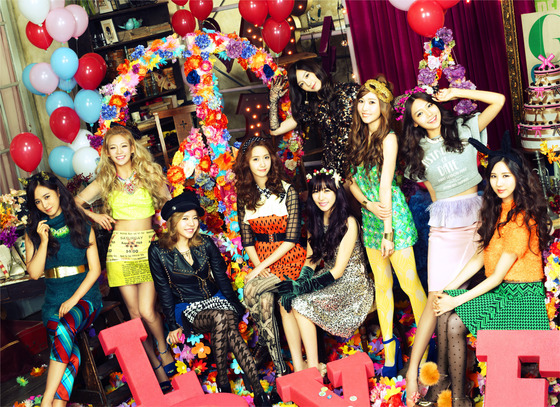 Girls’ Generation yesterday took the top place on the Oricon weekly chart, one of the largest in Japan for music.

The group has sold almost 130,000 copies of its third full-length Japanese album, “Love and Peace,” since it was released on Dec. 11.

On its release day the album also hit first place on the Oricon daily album chart.

It is now the second time for Girls’ Generation to mark No. 1 on Oricon’s weekly album chart. The first time was in June 2011 when the group released its first Japanese album, which used the group’s name as its title.

Girls’ Generation is the only Korean girl group to be honored in that category twice.

The group plans to start a national tour in Japan in April.