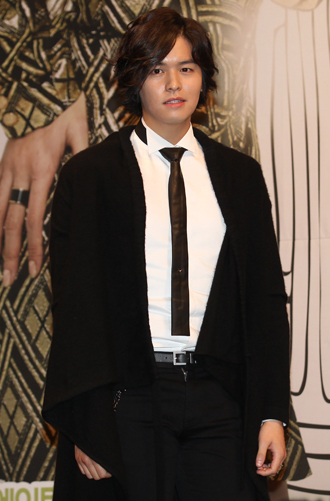 The song comes from Lee’s latest TV drama, KBS’s “Beautiful Man,” in which Lee plays David Choi, a character who cares for Kim Bo-tong, who is played by the singer IU.

Bo-tong, however, only has eyes for the handsome Dokgo Matte, played by Jang Geun-suk.

David sings to Bo-tong on the show as a way of telling her how he feels and to get her to forget about Dokgo.

It is not the first time for Lee to release a song. He recorded another ballad, “The Words I Couldn’t Bear to Say,” last year for the reality TV series “We Got Married.”

He also performed the song on several music programs.

As it has been over a year since this, many fans showed a positive reaction to the fact that the actor has decided to bring out his talent in music again.