A Syrian take on Tro

A Syrian take on Tro 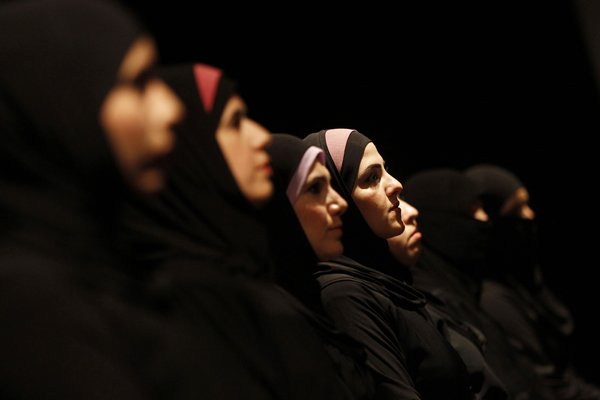 Female Syrian refugees perform the play “The Syria Trojan Women” in Amman, Jordan, on Dec. 18. Syrian actress Nanda Mohammad trained the refugees for six weeks to reinterpret “The Trojan Women,” a tragedy by the Greek playwright Euripides on the Greeks’ treatment of Trojan women after the fall of Troy. “The Syria Trojan Women” traces the parallels between the fates of the women of Troy and Syrian women fleeing violence in their country. [Reuters/NEWS1]