Rivals focus on the big picture

Rivals focus on the big picture 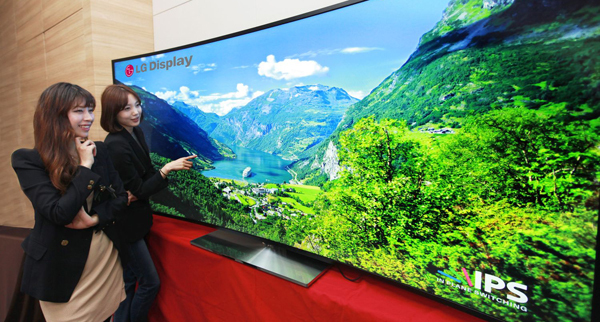 Samsung Electronics and LG Electronics said yesterday they both have developed 105-inch Ultra-High Definition TVs with a curved screen, the world’s first.

The specs of the products introduced by the companies are similar: both command an 11-million-pixel resolution on a 105-inch diagonal screen with a 21:9 aspect ratio.

Further details will be revealed when they showcase them during the Consumer Electronics Show in Las Vegas next month, the companies said.?

LG developed the world’s first curved UHD TV in April, but the TV, with a 55-inch screen, was based on OLEDs (organic light-emitting diodes).

Both products unveiled yesterday are based on LCD, which is more popular than OLED because it is less expensive. Sony makes the only other curved LCD UHD TV available in the global TV market.

Samsung said its unique algorithm renders an IMAX cinema-viewing experience on its 105-inch curved UHD TV, which it dubbed the “ultimate immersive experience.” 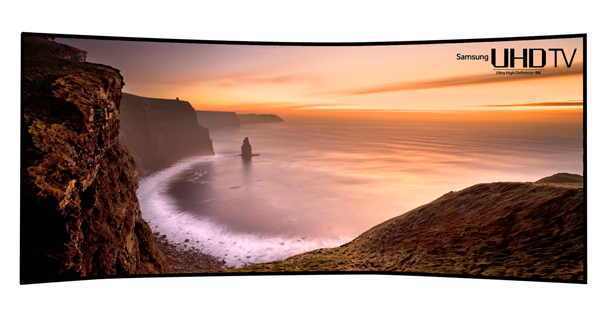 “You will experience a true curved TV optimized for consumer-viewing environments at CES 2014,” said Kim.

LG’s 105-inch curved UHD TV was reported to be about 6,000 R. LG said its other technological breakthroughs give its product superiority structural integrity as well as uniform color and brightness.

“This awe-inspiring TV offers magnificent picture quality and a wide viewing angle with the ability to render the minutest detail in breathtaking clarity to create an unprecedented level of viewer immersion,” LG said in a statement.

The global TV market has been slumping since 2011, but it is showing signs of recovery, led by the growing demand for UHD and smart TVs. According to market information provider DisplaySearch, the global TV market will grow 4.1 percent next year with estimated sales of 228.9 million. IHS, another market research agency, predicts 1 percent growth next year and 229 million sales.

There are some factors that are likely to boost demand for TVs next year, including the Sochi Winter Olympics, Brazil World Cup and Incheon Asian Games.

A fairly new category, UHD TV sales amounted to only $75.18 million worldwide last year, but is growing to $2.97 billion this year, according to DisplaySearch. The agency expects the market will grow threefold next year.