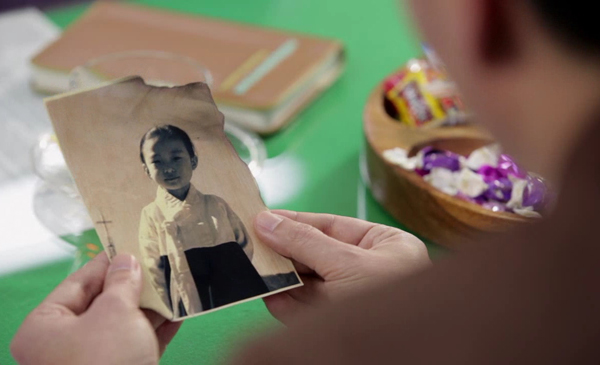 “Geochang Massacre - Bloody Winter” puts the focus on one of the little-known massacres in Korean history. Provided by Mano Entertainment.

While the 1950-53 Korean War is often referred to as “The Forgotten War” abroad, within Korea there have also been “forgotten massacres,” especially in the tumultuous period after the liberation from Japanese rule in 1945 to the end of the war.

Which is what prompted semi-retired filmmaker Kim Jae-soo to pick up his camera again and make “Geochang Massacre - Bloody Winter,” an account of one of the worst civilian killings by Southern forces from the Korean War.

Having retired to the idyllic countryside of Geochang in South Gyeongsang in 2009, Kim found more than just tranquil land and beautiful scenery. He also met survivors of the Geochang Massacre, which took place there in 1951.

During the Korean War, at least 719 people, mostly women, children and elders, in the area were killed in an operation that the Korean military called “sweeping up red guerillas” (Communists and sympathizers).

The Korean title of the film, “Cheongya,” comes from the old military term gyeongbyeok cheongya, which means fortifying the fortress wall and storing all the crops within, so that the enemy will perish. During the Korean War, this was thought to be the way to deal with the possible Communist infiltrations.

At a press screening on Tuesday, when Kim was asked why he took on the project, his answer was simple: “Forgotten history tends to repeat itself.”

By bringing to life a story about past pains and survival and the far-reaching effects of trauma, Kim said he hoped such events like these won’t occur anymore in Korean history.

“Geochang Massacre” follows a series of films over the last two years that have looked at Korean massacres that were executed and then hushed up by the government. 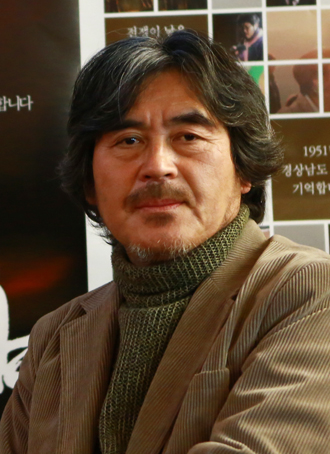 Director Kim Jae-soo says he made the film to stop history repeating.

Then there was “26 Years,” based on the Kang Full comic strip of the same name, about the uprising in Gwangju in 1980 which saw some 165 people killed when the government cracked down on protests against the Chun Doo Hwan government (some estimates say more than 1,000 were killed).

Although about military brutality, “Geochang” is stylistically different though from its predecessors. It’s a fusion of art-house, documentary and fiction styles, all combined to make a dramatic depiction with a creative flair.

The plot unfolds in the present day, with young Ji-yoon (Ahn Mi-na) visiting her senile grandfather (Myung Gye-nam) in the hospital. The former colonel doesn’t recognize her and has a few phrases that he repeats. Ji-yoon finds a faded picture of a young child in her granddad’s possession and, knowing that he doesn’t have long left, sets out with him to Geochang where she hopes to track down the mystery girl.

While there, she encounters a documentary producer named Cha (Kim Ki-bang), who has been working on the Geochang massacre.

With the help of music director Lee Dong-joon, whose filmography includes the war epics “My Way” and “TaeGeukGi: Brotherhood of War,” the scenes are dramatic and emotionally charged, and bit by bit the relationship between the girl in the photo and Ji-yoon’s grandfather is revealed.

There are also interviews with the real-life survivors of the massacre, and it is rather these moments that bring a sense of reality to the picture, more so than Ji-yoon’s tears in the fictional sections. “We survived the Japanese, but we didn’t think we’d be threatened by our own soldiers,” says one survivor in between shots of Ji-yoon’s grandfather chasing butterflies.

At times these jumps seem distracting, but for Kim it was a natural choice for addressing an otherwise difficult story.