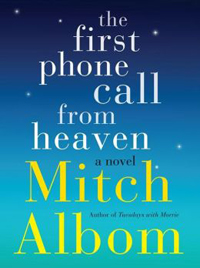 The First Phone Call from Heaven

From the beloved author of the No. 1 New York Times best-sellers “Tuesdays with Morrie” and “The Five People You Meet in Heaven” comes his most thrilling and magical novel yet - a page-turning mystery and a meditation on the power of human connection.

One morning in the small town of Coldwater, Michigan, the phones start ringing. The voices say they are calling from heaven. Is it the greatest miracle ever? Or some cruel hoax? As news of these strange calls spreads, outsiders flock to Coldwater to be a part of it. 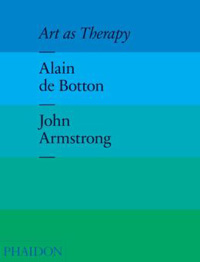 What is art’s purpose? In this engaging, lively, and controversial new book, bestselling philosopher Alain de Botton and art historian John Armstrong propose a new way of looking at familiar masterpieces, suggesting that they can be useful, relevant, and - above all else - therapeutic for their viewers. De Botton argues that certain great works offer clues on managing the tensions and confusions of everyday life.

Art as Therapy offers an unconventional perspective, demonstrating how art can guide us, console us, and help us better understand ourselves. 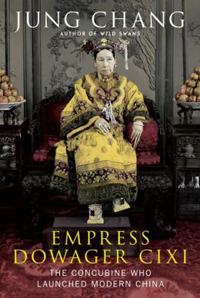 Empress Dowager Cixi (1835?1908) is the most important woman in Chinese history. She ruled China for decades and brought a medieval empire into the modern age.

At the age of 16, in a nationwide selection for royal consorts, Cixi was chosen as one of the emperor’s numerous concubines. When he died in 1861, their 5-year-old son succeeded to the throne. Cixi at once launched a palace coup against the regents appointed by her husband and made herself the real ruler of China.

Under her the ancient country attained the attributes of a modern state: industries, railways, electricity, the telegraph and an army and navy with up-to-date weaponry. It was she who abolished punishments like “death by a thousand cuts” and put an end to foot-binding. She inaugurated women’s liberation and embarked on the path to introduce parliamentary elections to China.