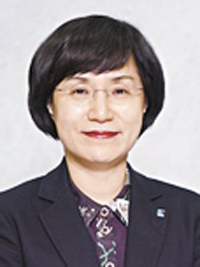 Kwon Seon-joo, vice president of risk management at the Industrial Bank of Korea, was named new president of the state-owned financial institution yesterday to succeed Cho Jun-hee. Kwon, 57, will be the country’s first woman bank president.

She will officially become president once President Park Geun-hye appoints her.

According to the financial regulator, Kwon, who entered IBK in 1978, has held diverse roles in departments overlooking risk management, financial consumer protection and card business.