Is Korea ready to be a leader?

Is Korea ready to be a leader? 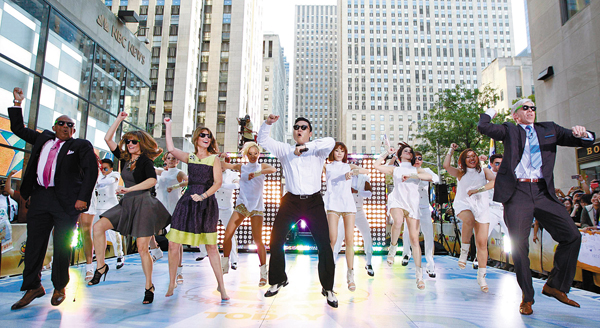 As Washington was preparing for a strike on Syria in August 2013, U.S. President Barack Obama yelled at UN Secretary General Ban Ki-moon to pack up and leave immediately.

But Ban responded that there was no need to rush, and they could wait until the chemical weapons inspection team came back with a report. In the end, Obama had to withdraw the strike order. I didn’t read the story from The New York Times or The Washington Post. It came from a Korean diplomat who was at the scene.

The New Year’s Eve celebration in Times Square in New York featured pop stars like Justin Bieber, Taylor Swift and MC Hammer, and Korean sensation Psy performed alongside them. It was amazing and made fellow Koreans proud to see “Gangnam Style” airing on televisions around the United States.

Nowadays, one out of 10 cars sold in America is Korean. Korean carmakers have surpassed American competitors and are on par with Japanese and European cars in performance. Electronic outlets across America display Korean products in prime locations.

The situation was the same in Brazil, Chile and Mexico. I still remember the awkward moment when I went to buy a television and found a dusty Korean model in the corner 10 years ago.

A decade ago, “world history” was something that happened far away and we only learned about it through foreign media.

But now, Koreans are covering international stories in Korean. The civil war in Syria, the coup in South Sudan, Apple lawsuits, and Toyota and Honda recalls are no longer someone else’s business, but have become relevant to Korean people and companies.

Korea’s voice is no longer some drum roll from the frontier. Korea is now a main character in the history of the world that no country can look down on. We used to follow other countries on the grounds set by them.

But we need to change now. We should pave our own way. Moreover, the Korean Peninsula is on thin ice.

But do we deserve to be the protagonist? I’ve been asking this question constantly while serving as a New York correspondent for four and a half years. Instead of fighting with each other in the small well, we need to think about how the world perceives us. I hope my words could be a subtle wake-up call to those who are still sleeping.

The author is a New York correspondent for the JoongAng Ilbo.