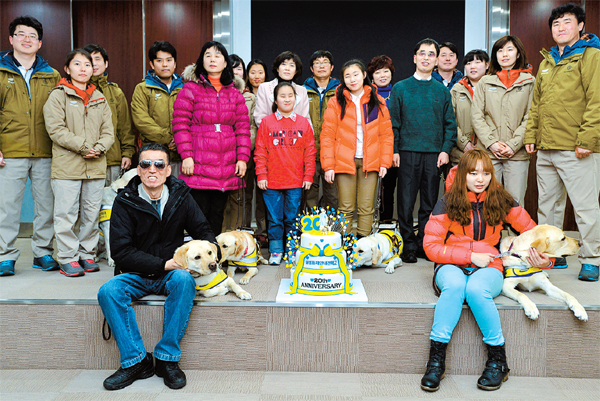 People with impaired sight and their golden retrievers pose at Samsung Fire and Marine Insurance’ headquarters in Seoul yesterday. The day marked the 20th anniversary since the company began donating guide dogs to the visually impaired. A total of 164 dogs have been donated as part of Samsung’s social corporate responsibility programs. Provided by Samsung Group