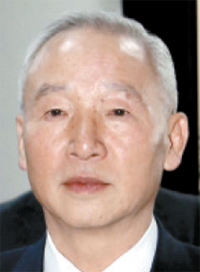 South Korea’s National Intelligence Service chief briefed lawmakers over the mysteries surrounding the execution of Jang Song-thaek, the director of the North Korean ruling Workers’ Party’s Administrative Department and a vice-chairman of the powerful National Defense Commission, at a closed-door hearing in the National Assembly yesterday.

Jang, the powerful uncle and mentor of North Korean leader Kim Jong-un, was found guilty of anti-state crimes and sentenced to death by a military tribunal on Dec. 12.

His wife, Kim Kyong-hui - the younger sister of late leader Kim Jong-il - is still safe and has not had any health problems since her husband’s purge, the head of Korea’s top spy agency, Nam Jae-joon, confirmed to lawmakers.

“She seems to be laying low in terms of making public appearances after the dismissal of her husband,” Cho Won-jin, a ruling Saenuri Party lawmaker who was briefed by the NIS chief at the hearing yesterday, told reporters at a press meeting.

The reason for Jang’s purge is not because of a power struggle between him and other officials, but because of some internal conflicts over profitable businesses of North Korea, the South Korean lawmaker said, citing the NIS chief.

“The background of the purge was not related to power struggle procedures,” Cho said. “But it was a case caused by disputes surrounding profitable businesses.”

Some analysts alleged that Jang appeared to have lost a power struggle against some of North Korea’s hard-line military men, including Choe Ryong-hae, the top military official seen as a rising star in the Kim Jong-un regime.

“Jang Song-thaek was detained in mid-November,” Cho said, quoting the NIS chief. “While he was imprisoned his two aides, Ri Ryong-ha and Jang Su-gil, were executed in late November.”

Given the allegations that he had already been arrested in mid-November, the photo that surfaced of Jang being expelled during a party meeting by military guards - which was released by North Korean state media on Dec. 9 - was likely set up, lawmakers said.

“He had been detained, and was dragged out [from detention] in order to show his arrest [for the sake of publicity],” Jung Chung-rae, an opposition Democratic Party lawmaker who also attended Nam’s briefing, told reporters at the same press meeting. “This was just an event to show off to the outside world to prove the stability of Kim Jong-un’s leadership.”

When it comes to the new rising powers in the aftermath of Jang’s death, Cho, the Saenuri lawmaker, said: “Kim Won-hong, the minister of State Security, has surfaced as the innermost aide to Kim Jong-un.”

“[Kim Jong-un] is strengthening internal security through the minister,” he added, citing the NIS briefing. “We see that the closest power elites for Kim Jong-un are the minister and Choe Ryong-hae.”

In his closed-door briefing, Nam also dismissed a spate of rumors surrounding the reasons for Jang’s death - like that his loyalists sought asylum abroad or that he was having an affair with first lady Ri Sol-ju.

The young leader could stage a military provocation to stabilize his leadership further after his reign of terror, the lawmakers said, and that could include a fourth nuclear test.

“There seems to be little problem regarding Kim Jong-un’s seizure of power within the regime,” Cho said.

“When it comes to a fourth nuclear weapons test, we see this as a possibility. But Kim has not actually launched preparations for this.”