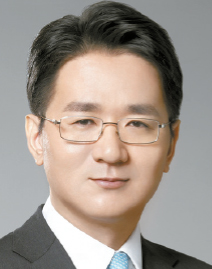 Hanjin Group, the nation’s ninth-largest chaebol, is speeding up its group restructuring by giving more power to the owner’s children.

Cho’s role will be to oversee the group’s business strategy and KAL sales, and take charge of business management support.

“Vice President Cho Won-tae’s appointment to Hanjin KAL Holdings CEO is in the group’s plan to pursue consistent business strategy and policy as well as strengthen responsibility in management,” the company said in a release.

Besides the owner’s children, the group promoted 23 other executives, including Seo Yong-won, senior executive vice president of KAL, to president of Hanjin Corp.

Meanwhile, KAL’s smaller rival, Asiana Airlines, saw its CEO replaced in the reshuffle of Kumho Asiana Group. The group said Air Busan CEO Kim Soo-cheon will lead Asiana. Kim, 57, was credited with putting the low-cost carrier in the black for the past four years.

Asiana said President Yoon Young-doo, who has been leading Asiana Airlines for five years, will be a company adviser.