Investing in their future

Investing in their future 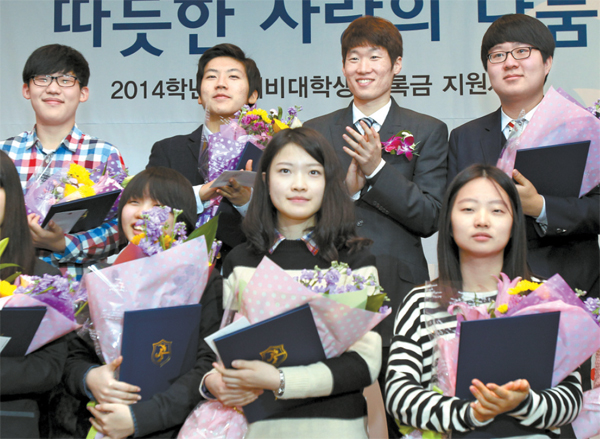 Park Ji-sung of PSV Eindhoven, 32, second from right in the back row, poses yesterday with students during a charity event hosted by his JS Foundation, which carries out a series of charity projects, at the World Cup Stadium in Suwon, southern Gyeonggi. Park paid for the tuition of 16 high school seniors who will be university freshmen in March as part of his project to help families in low-income brackets. Park said he is not considering playing for national team coach, Hong Myung-bo, in the 2014 Brazil World Cup in June and that his goal for the new year is to finish the remaining season healthy. Park recently returned from a foot injury that sidelined him for about two months. His father, Park Sung-jong, recently said that his son would retire after the 2014-15 season.