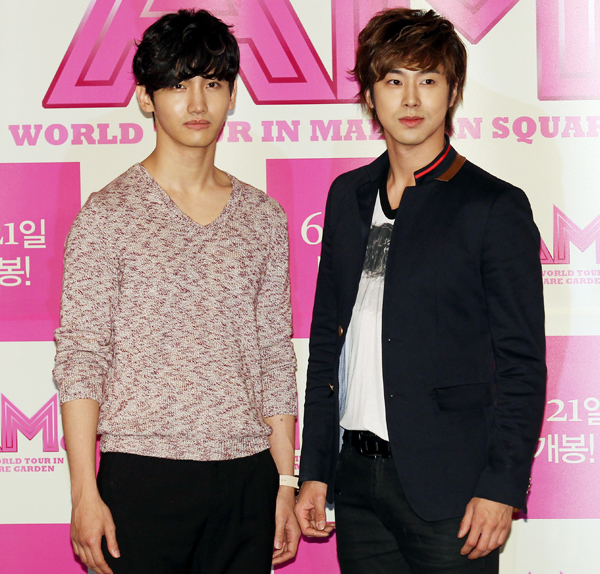 One of the all-time most popular K-pop groups, TVXQ, is returning with a new album next month.

“Tense,” the group’s seventh album - although just the third since the fivesome controversially became a duo in 2010 - will be released on Jan. 6, according to their label, SM Entertainment.

Many fans are welcoming the news because it has been one year and four months since the group released its last Korean-language album, “Catch Me.”

The name of the new album is also supposed to sound like “10th,” as it has been 10 years since TVXQ made their debut.

SM Entertainment reportedly said the title carries the meaning that the group has never slacked off, even after 10 years of performing.

It also added that the new album will present a more charismatic side of the duo with a variety of musical styles.

The group will have its first comeback performance on Jan. 3 on the KBS music program “Music Bank” and will then appear on other music shows, including MBC’s “Show! Music Core” on Jan. 4 and SBS’s “Popular Song” on Jan. 5.