Gov’t to start cracking down on energy waste

Gov’t to start cracking down on energy waste 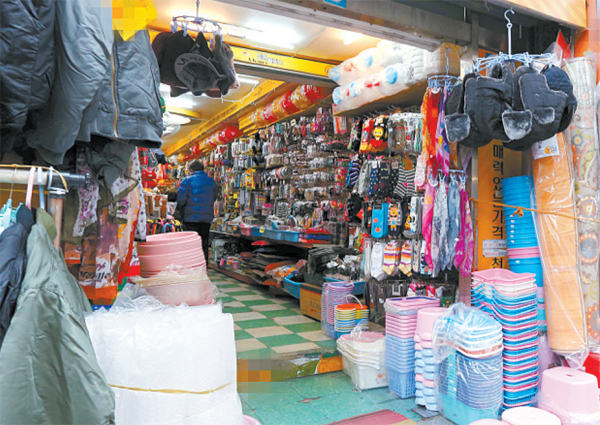 A supermarket in Haeundae District, Busan, operates its heating system on Wednesday while keeping its doors open. Shop owners in the district complained that they would lose customers if they closed their doors. By Song Bong-geun

The shutdown of six nuclear reactors has triggered concerns over potential energy shortages this winter; but despite the uncertainty, many retail shop owners in downtown areas are leaving their doors open to the cold while continuing to heat their businesses.

On a recent day in Myeong-dong, central Seoul, nearly eight out of 10 shops on one main street had their doors open while running the heat. The temperature inside those venues was so stuffy that most customers took off their coats once they entered.

Business owners argued that closing the doors would hurt their chances of attracting buyers.

“We should leave the doors open because a lot of customers see items from outside and then decide to come in,” said a 29-year-old man who runs a cosmetics shop in the area.

But Myeong-dong isn’t the only neighborhood where this practice can be found. At Haeundae Beach in Busan, half of cell phone retail stores keep their doors open while operating heating systems. “We see a 30 percent decline in sales if we keep doors closed,” said one retailer who runs a beach-side clothing outlet.

In order to curb these practices, authorities will begin cracking down on violators, starting in January. The new regulation is part of energy-saving efforts by the government ahead of peak winter months; it also comes in the wake of the shutdown of four nuclear reactors, which were found to have faulty parts and falsified safety certificates. Two other reactors are currently offline due to maintenance issues.

First-time offenders will receive a warning. If caught twice, shop owners who keep their doors open while running heating devices will face up to a 500,000 won ($472) fine.

If reprimanded a third time, they will be obligated to pay a 1 million won fine.

Yet, many believe this new government initiative only places the burden on small, locally owned stores.

“The parts companies are to blame for the energy problem,” said a 31-year-old woman who runs a cosmetics store in Guwol-dong, Incheon. “I can’t understand why the government forces shop owners to go to such great lengths to save energy. We have nothing to do with providing faulty parts.”

Similar rules were widely instated this summer to limit power shortages. In July, shop owners who left their doors open while cooling their stores faced up to 3 million won in fines as the government attempted to crack down on energy waste amid possible power shortages.

Yesterday, officials from the Seoul Metropolitan Government and the Ministry of Trade, Industry and Energy patrolled densely populated downtown areas, including Myeong-dong in central Seoul, Gangnam District in southern Seoul and the Sinchon and Hongik University neighborhoods in western Seoul. The government will start enforcing the new measures in downtown areas from Jan. 2.