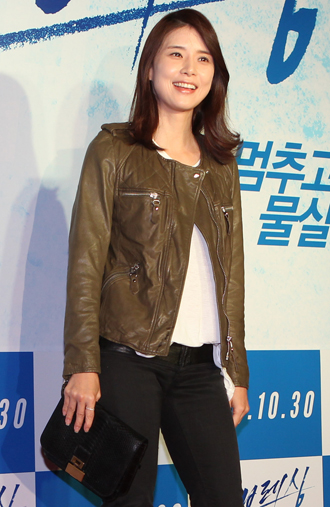 Actress Lee Bo-young, the star of the KBS drama “My Daughter Seoyoung” and the SBS drama “I Hear Your Voice,” appears to be about to choose her next drama.

Local media reports say she is considering taking part in another SBS drama, “Gift of God - 14 Days.” If she does, it will be her first role since marrying fellow actor Ji Sung, of the KBS drama “Secret,” in September.

The actress’s agency reportedly said that a few remaining details are being sorted out with SBS and the production company, but it is very likely Lee will take the role.

In “Gift of God” Lee will play a mother who travels back in time to prevent her child from dying.

The drama was previously known by several titles, including “Two Weeks” and “Mother,” but SBS finally chose “Gift of God - 14 Days” and decided to begin airing the drama in February, after the drama “One Warm Word” with actress Han Hye-jin completes its run.

If Lee confirms her role she will start filming next month.