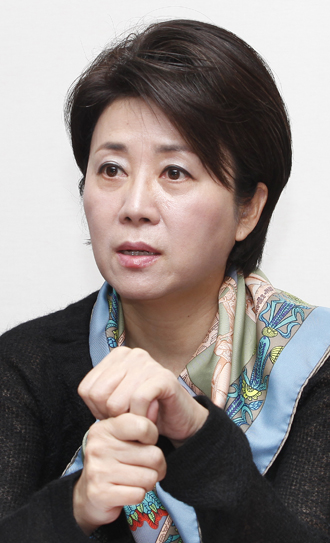 The purge and execution of Jang Song-thaek could set off a massive exodus of people from North Korea, according to Chung Ok-nim, the newly appointed President of the North Korean Refugees Foundation.

The second head of the three-year-old organization under the Ministry of Unification, which helps settle North Korean defectors in the South, said in an interview with Korea JoongAng Daily on Dec. 19 that the South Korean government should be prepared for a possible flood of North Koreans escaping to the South, including some members of the elite surrounding Jang and his nephew, North Korean leader Kim Jong-un.

“The instability of Kim Jong-un’s rule could lead to a sudden political upheaval or an unnecessary provocation against South Korea,” Chung said. “So far, most of the people escaping North Korea were ordinary people, but if several members of the power elite begin seeking asylum, it could trigger an exodus.

“In that case, we should be prepared to settle a flood of defectors based on the know-how we have learned so far,” she said.

Whether South Korea could actually handle such an exodus is an open question, she said.

“An average of 1,500 to 1,800 North Koreans come to the South annually,” she said, “and we have a total of about 26,000 defectors. But there are 25 million people in North Korean territory. We should ask ourselves whether the current settlement system would still function in an emergency and whether we could accommodate such a surge of defectors or not.”

The 53-year-old former Saenuri Party lawmaker is also a specialist in North Korean affairs with experience as a visiting scholar to the Hoover Institute at the Stanford University. She worked as a member of the National Assembly’s Intelligence Committee, where lawmakers could access information by the top spy agency about North Korea. In 2012, she was selected as a spokeswoman for President Park Geun-hye’s presidential campaign.

Chung was appointed president of the foundation in November, which has an annual budget of 26 billion won ($24.6 million) to help North Korean defectors settle in the South.

Asked if a rebellion or revolution of the masses was possible in North Korea, Chung answered cautiously.

“Although I am unable to say ‘never,’ the possibility of a rebellion from the bottom would be quite low,” she said. “Possibly, the inner-circle elite could plot a rebellion, but we can’t imagine a second Jasmine Revolution in North Korea at the moment.” (The Jasmine Revolution was the anti-autocracy rebellion in Tunisia that started the Arab Spring of democracy movements.)

“People can’t express their complaints about Kim Jong-un for fear of being executed, but there have to have been big changes in the country,” she said. “But in order for the regime to collapse, we need more factors.”

With continuous defections of North Koreans to the South, Chung raised another realistic question: How long should the South Korean government support them once they’ve arrived.

“It’s been about 15 years since North Korean defectors began fleeing en masse in 1998,” she said. “We should think about how long we should support them, and what kind of supports we should provide, considering how many years they have lived in the South.”

“A North Korean defector who entered a local law school asked the government for more funding for an allowance,” she said. “He came here when he was 11 but he still has no idea on how to survive by himself.”

That’s because the government was expected to give unconditional support in the past.

Currently, all North Korean defectors receive 20 million won ($18,885) and a state-supplied residential apartment per household. Jobless defectors can receive 450,000 won per month for each household, categorized as the bottom class in the South Korean society, until they get a decent job. They can receive a full scholarship to attend government-run universities and 50 percent discounts on tuition at private universities.

“So far, many support programs focused on feeding defectors, not nurturing their ability to survive here,” she said. “We should offer a support system that is tailored to the needs and the conditions of the defectors. We should teach them how to catch fish, not feed them fish.”

Chung is eager to improve the information-sharing system among government organizations.

“When it comes to defectors who actually go back to the North, we don’t get any information,” she said. “The National Police Agency and the National Intelligence Service monopolize information on people who return to the North. They don’t share anything with us to protect the identity of the defectors.”

“We are also in charge of free health care checks for 400 defectors annually,” she said. “But we have no idea whether the defectors visit local government-run clinics or not and whether they became better after treatment.”

For her three-year term, one of Chung’s more ambitious goals is to nurture successful defectors, who could narrow the gulf between the two Koreas in case of unification.

“Recently, we witnessed an increasing number of young defectors, such as children and teenagers,” she said. “Those who left the regime in their early ages adjust to life in the South more quickly than the older generation.

“The people who successfully settle will become the ‘elite defectors,’” she said. “When the two Koreas are unified, they will be the first to be sent back to the North to educate North Korean people about capitalism, democracy, citizenship and the good things about the Republic of Korea.”