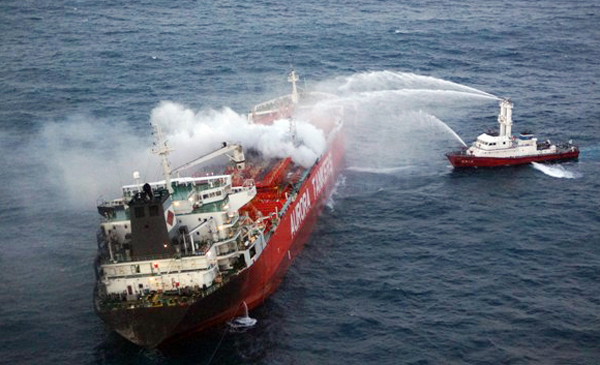 A cargo ship collided with a chemical-laden tanker near the port city of Busan early yesterday, causing the tanker to catch fire. All 91 crew members on the two ships were rescued safely, coast guard officials said. The 55,000-ton freighter was on a test run when it hit the tanker, which was carrying 29,000 tons of inflammable chemicals about 9.2 nautical miles off Busan at about 2:15 a.m., officials said. The impact caused a fire on the tanker, which had 27 crew members. The freighter, which had 64 crew members, also caught fire but the flames were quickly extinguished. [NEWSIS]