Smartphone apps prove to be waste of tax money

Smartphone apps prove to be waste of tax money 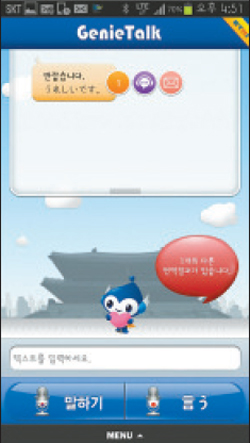 Many regional governments and public institutes are wasting taxpayers’ money on developing smartphone applications that tend to have poor performance records and overlapping functions, while disregarding free programs developed by the central government, an analysis by the JoongAng Ilbo showed.

Genie Talk, an automatic foreign-language translation application, was locally developed with 7.8 billion won ($7.41 million) of government funds and is free to download.

The program, which was created by the Electronics and Telecommunications Research Institute, started service in October 2012 and offers translation services for Korean, English, Chinese and Japanese.

However, several regional governments aren’t using the Genie Talk to promote local tourism, opting instead to purchase Translation Secretary, an app from a private software developer.

Gangnam District Office and Jung District Office in Seoul, Jeju Provincial Government, Chungju city government in North Chungcheong, and Suncheon in South Jeolla are each paying up to 40 million won annually to use it.

After purchasing it, the regional governments offered the program through the app market so local business owners could use it to interact with foreign tourists.

When asked what the motivation was for spending money on a privately developed app - instead of the free Genie Talk - Kim Jin-seok, director of the industry and economic affairs division of the Jeju Provincial Government, said the decision was based on performance. However, he refused to say if a test had been conducted to compare the two programs.

Similarly, the National Emergency Management Agency spent 21 million won to develop the 119 Request app, which automatically provides the location of a caller who dials the emergency line; while the Gwangju Metropolitan City Fire Department created a nearly identical program with another 10 million won. The Gangwon Provincial Fire Department also has a separate 119 request app, although the office said it didn’t spend money on it because the program was developed by one of its employees.

The National Emergency Management Agency stated that it will start integrating the three applications into one next year, although that project will once again cost taxpayers money.

Choi June-hyock, a professor of media content at Soonchunhyang University, argued that regional governments and public offices jumped into developing their own smartphone applications in response to an emerging trend without enough considerations. “That triggered the development of overlapping apps and useless programs,” Choi said.

But while some governments have made little headway with their smartphone apps, others have wasted money creating programs that have never been in use or were defective.

In May 2012, the Gijang County Office of Busan Metropolitan Government introduced a smartphone application that would allow residents to make reservations at public sports facilities. The county spent 4 million won to develop the program. However, the program never came into use because the county failed to make a deal with the Gijang City Management Corporation, which is in charge of facility reservations.

And the application created by the Gyeongsangbukdo (North Gyeongsang) Agricultural Research and Extension Services, which was to provide information on well-known restaurants in the province, is nearly impossible to use because the program’s extremely low resolution means and its text messages are essentially unreadable.