Feting a 50-year career in arts

Feting a 50-year career in arts 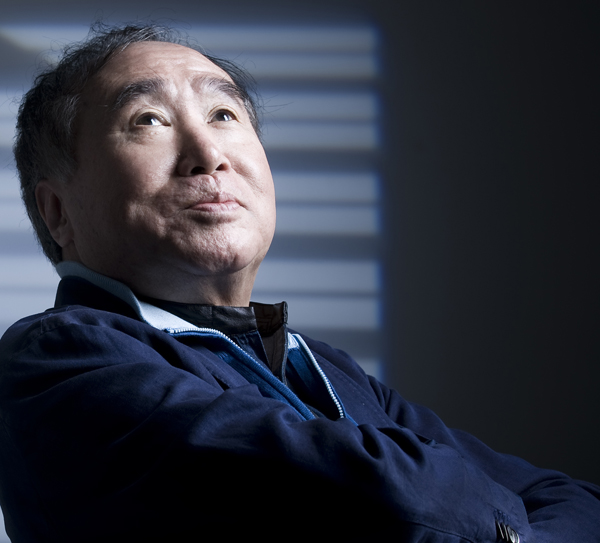 Lee Jong-duck, president of Chungmu Art Hall, has been a key figure in Korea’s performance arts scene for 50 years, heading Seoul Arts Center, Sejong Center for the Performing Arts and Seongnam Arts Center before beginning his current position in 2011.

Lee started his career as a public servant in the culture ministry’s arts department in 1963. He then spent the next five decades, in his words, working “behind the stage” in arts management.

“Arts management exists for the arts and people who do the arts,” said Lee. “We disappear from the scene whenever the curtain goes up and the work receives its applause. If actors are on-stage entertainers, we are their off-stage counterparts. It is our job to make the stage for actors to pursue their artistic aspirations to the fullest, which is also a part of art, the artists and their pieces.”

Lee was one of the first generation of arts management directors in Korea. He opened people’s eyes to this area back in the 1970s, when words like “arts administration” and “arts management” were still unfamiliar.

He studied alone and raised the next generation of experts. Under his guidance, many current art directors and experts saw their careers blossom, helping them explore and find job options. Those talented directors include Kim Eui-joon, head of the Korea National Opera; Park In-gun, CEO of the KBS Symphony Orchestra; Ahn Ho-sang, CEO of the National Theater of Korea; and Noh Jae-chun, CEO of the Anyang Foundation for Culture and Arts.

Lee’s many pupils and fans are now preparing a tribute to their mentor, with a book and a publication ceremony to be held on Jan. 21 at the Sejong Center in commemoration of the 50th anniversary of Lee’s career.

“When I imagine myself as reaching the age of 80, people who walked the same career path are with me,” said Lee.

“My life must have been worth it. Theater actress Park Jung-ja calls me the last romanticist. I think I’m qualified in the sense that I’m a big fan of all artists. I’m truly happy to see people who understand how I aged as a culture worker now came to publish a book about me.”

Kang Sue-jin, the prima ballerina who was recently nominated as artistic director of the Korean National Ballet, sent a greeting for the anniversary. Kang said if she writes a biography later in her life, she will include Lee in it for his hidden efforts and many success stories.

Chung Myung-whun, maestro and artistic director of the Seoul Philharmonic Orchestra, remembers Lee as a warm person who cheered him with a parade all the way from Gimpo International Airport to Gwanghwamun, central Seoul, after Chung won second place in the International Tchaikovsky Competition in 1974.

Kim Dong-ho, head of the Presidential Committee for Cultural Enrichment and a longtime leader in Korea’s cinema and arts scene, has been a colleague and friend of Lee’s for the past 50 years. Kim compared Lee to an orchid that blossoms with a mellow fragrance, and said it is wonderful that Lee has received an honorary doctorate from Dankook University.

“Even though I raised myself from the very bottom and eventually climbed to the top of cultural management, I always kept the beginner’s mind wherever I went,” Lee said. “The spirit stemmed from a poet’s mind, and I was inspired by the late poet Ku Sang. As he said in part of one poem: ‘Where you are sitting is a flower’s seat. Right there where you are sitting, thinking of it as a seat of needles, is actually a flower seat.’

“I would like to keep looking for the ‘flower seat’ until my last day of life. I will live in the joy of developing talents.”

Lee calls himself Korea’s first un-retired backstage entertainer. He makes us wonder what mellow fragrance he could make in his 80s.