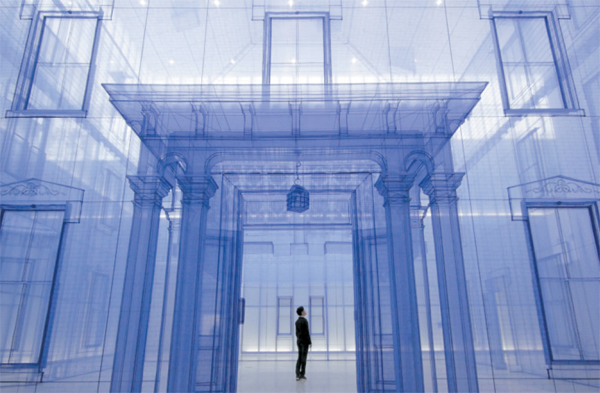 The National Museum of Modern and Contemporary Art’s new Seoul branch, the MMCA Seoul, opened to the public on Nov. 13 after a much-scrutinized, four-year-long construction project that cost 103.9 billion won ($98.4 million).

The museum opened with five inaugural exhibits, including “Connecting-Unfolding,” a show put together by seven influential curators from around the world.

The MMCA Seoul was set up on the same site as the government office complex from the Joseon period (1392-1910), which was once attached to the Gyeongbok Palace. However, the site went through several changes during Korea’s turbulent history.

So when architect Mihn Hyun-jun designed the museum, he included a combination of new and old buildings. Among the old is the Joseon-era Office of Royal Genealogy, or Jongchinbu, and the red-brick building of the former Defense Security Command headquarters.

Gyeongbok Palace now lies directly to the west, and the famous neighborhoods of Samcheong-dong and Bukchon border the museum on the north and east. Mihn designed the museum’s low-rise web of buildings, underground spaces and courtyards to link flexibly with the old neighborhoods, calling it “an open museum in the style of an archipelago.”

Despite some controversies over “Zeitgeist Korea,” one of the opening exhibits, the museum is attracting thousands of visitors each day and is expected to create synergy with the nearby art galleries.