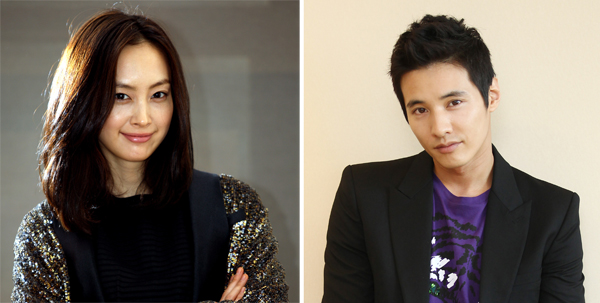 It was a good year for celebrity power couples in 2013.

Actor Zo In-sung, 32, and actress Kim Min-hee, 31, confirmed in April that they were in a relationship after paparazzi photos of them were published by the local news outlet Dispatch, showing the two going on dates.

The two first met in the late 1990s when they were models for the same clothing brand, but they were just friends back then.

Zo and Kim developed a romantic relationship after they began to meet with mutual friends in January.

After Dispatch published those images, the two confirmed that they were together.

Won and Lee recently showed up at a wedding of their mutual friend, fueling rumors that they could get married soon.