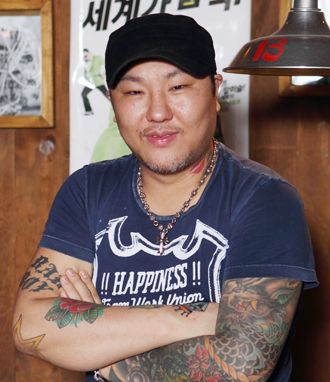 The popular composer and producer known as Brave Brothers said he is going to release an album next year to mark the 10th anniversary of his debut.

The producer, whose real name is Kang Dong-chul, plans to record 10 songs featuring 10 singers, according to his agency, Brave Entertainment.

Instead of releasing the songs simultaneously, Brave Brothers will release one song a month throughout next year.

His first song was released yesterday, a light pop-R&B number titled “After Going Through All That,” featuring vocals by Lim Chang-jung.

Brave Brothers said he will release more details about his songs on his official YouTube channel as the year goes on.

Brave Brothers has produced many of the biggest K-pop hits in recent years, including Sistar’s “Push Push” and “So Cool,” 4Minute’s “What’s Your Name?” and Afterschool’s “Because of You.”