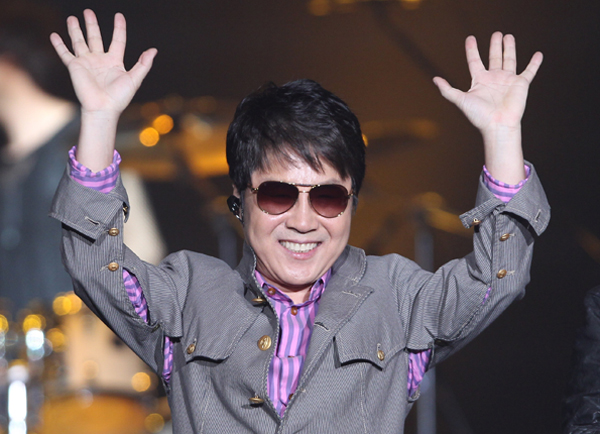 Legendary singer Cho Yong-pil’s phenomenal comeback in April enthralled the country this year. Cho’s 19th album, “Hello,” was his first in a decade, but the singer surprised everyone with his fresh sound and catchy songs, giving a refreshing jolt to the whole music industry.

Despite rising to fame in the 1970s, Cho’s voice sounded much younger than his 63 years, and the upbeat song “Bounce” not only dethroned the latest Psy hit but some of the biggest K-pop songs of the day.

Cho kicked off his tour in June, gathering thousands of fans at each venue. He even performed a show in Tokyo and then ended the year with a big encore performance at Seoul’s Olympic Stadium on Dec. 14.

With nearly 230,000 copies of “Hello” sold this year, Cho had the second-biggest seller of the year, according to the Gaon Music Chart.

But according to a poll conducted by Gallup Korea, Cho was the singer of the year, beating even the brightest K-pop stars.