3 die as Asiana flight crashes while landing in San Francisco

3 die as Asiana flight crashes while landing in San Francisco 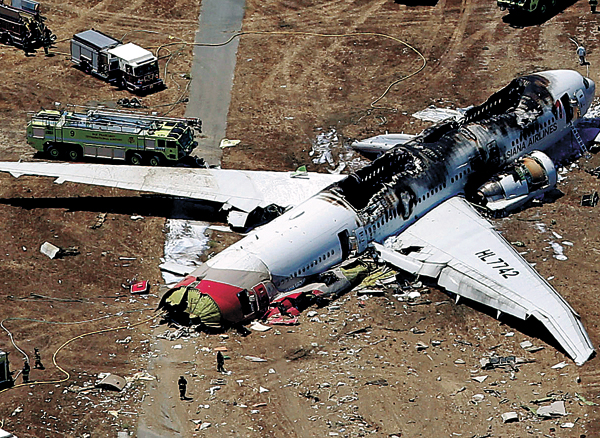 Of the 307 people aboard the Boeing 777 - including 77 Koreans, 141 Chinese citizens and 16 cabin crew members - two passengers died at the crash scene and a third died in a hospital several days later, while 181 others were injured. All of the deceased passengers were Chinese girls.

This was the third fatal crash in Asiana’s 25-year history. Asiana is Korea’s second-largest air carrier.

The flight attendants’ rescue efforts were praised by others after the crash. Lee Yoon-hye, the cabin manager, was the last person to leave the burning plane and local authorities have called her a hero.

The exact cause of the accident remains unknown. The U.S. National Transportation Safety Board has taken charge of the investigation and held a hearing on Dec. 11.