The real face of the United States

The real face of the United States 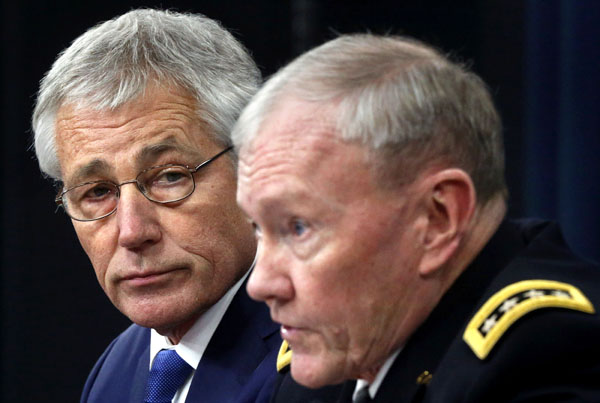 When Japanese Prime Minister Shinzo Abe visited the Yasukuni Shrine, the United States issued a statement expressing its disappointment in the name of the U.S. Embassy in Tokyo. Two days later, Okinawa Prefecture approved a plan to relocate the U.S. Air Force base in Futenma to the Hekono region in the north. U.S. Defense Secretary Chuck Hagel released a statement welcoming the decision.

“As the United States continues to rebalance toward the region and further deepens its security ties with Japan, the enduring partnership between our two nations will only grow stronger,” Hagel said.

The statement expressing disappointment was composed of three short sentences. But the statement welcoming Okinawa’s decision was a full page, with 10 sentences. I am not saying which statement is more important. But Washington clearly has ulterior thoughts and what it shows to other countries.

Traditional conservatives in Korea consider America an ally. But traditional progressives in Korea say the United States has an imperialistic and cold face. What I observed in Washington in 2013 is somewhere in between.

After his re-election, U.S. President Barack Obama was faced with a series of challenges in 2013. In his 2009 inauguration speech, he spoke of his hopes and challenges. In his 2013 speech, he emphasized gay and minority rights. Obamacare was his main agenda. As a result, he had to engage in an endless struggle against the Republican-dominated Congress.

Fatigue from internal affairs also deprived the Obama administration of diplomatic influence. The Syrian incident is a notable example. While the use of chemical weapons was defined as a red line, America did not punish the Assad regime and barely ended the crisis with the help of Russian President Vladimir Putin. About 2.2 million Syrian refugees disappointed by the U.S. inaction are currently in Lebanon, Jordan and Turkey. That is the real face of the United States.

While we welcomed Washington’s disappointment in Abe for visiting the shrine and hoped that Washington would disapprove of Abe’s Japan, Hagel mentioned a stronger partnership with Japan as soon as the Futenma base relocation problem was solved. While we treasure the Korea-U.S. alliance, it is only safe when it is within the boundary of America’s interest. The U.S. fiscal deficit hit $135.2 billion in November. America will do anything to reduce it. In order to stand up against China, which threatens Pax Americana, America still needs Abe’s Japan. That’s why we need to look at Washington’s ulterior thoughts clearly.

The Year of the Snake has been full of challenges and troubles. And 2014 marks the 120th anniversary of the Gabo Reform. Can politics play the role of a tranquilizer in the chaotic diplomatic contests?

The author is a Washington correspondent of the JoongAng Ilbo.