Back in September, Statistics Korea released a study showing that the Korean divorce rate increases at an average of 11.5 percent in the months after the country’s two largest traditional holidays, Lunar New Year’s Day at the start of the year and Chuseok in the autumn. But that data could only show the what; it could not show the why.

Finding the why is the job of Song Gil-young, vice president of Daumsoft, a leading Korean IT company that specializes in data mining. He stood in front of a group of local financiers and securities consultants in mid-December, explaining how Big Data could explain those statistics.

Both holidays have a similar structure. A day or two before the holidays, families usually gather at their grandparents’ house while mothers prepare food for the holiday memorial service. While children and men enjoy the food and holiday activities, mothers have to work until the holiday is over, when the roads get clogged with millions of people all returning home.

Song analyzed the keywords mentioned most on social media, such as Twitter and blogs, over the recent holiday seasons. Naturally, words like “holidays,” “tradition” and “mom” were the most frequent.

But he also found negative expressions accounted for more than one-third of all holiday-related comments. He saw that mothers were the second-largest group who spoke negatively, following only job seekers in their 20s and early 30s. Mothers’ comments included words like “in-laws,” “food” and “dishwashing.”

The cold atmosphere between couples typically lasted for at least a week. During that time, sales of luxury goods and high-end fashion products at department stores shot up - presumably due to fathers trying to end the conflicts with gifts.

But many could not really afford those purchases, so that just led to more conflicts. A month later, the divorce rate rose. 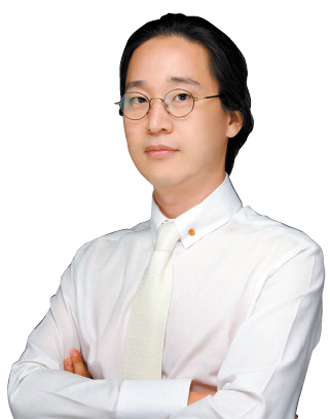 Social media data showed what many long suspected - that the pressure on wives to do all the work during the holidays led to fighting and divorce.

Big Data is a rapidly growing field, much broader and transformative than the simple data mining of old. Browser cookies, credit card trails and mobile phones constantly generate information about everything people do, and big companies are increasingly using the information to understand society and individuals. Big Data is much wider than anything measured before, combining layers of information, and information about information, to create new tools that have the potential to dramatically transform our lives.

Song said that reading people’s desires is a crucial tool in the development of new products and their marketing. It’s not enough just to ask consumers what they think about a product. Today, Big Data helps companies dig deeper into what really motivates consumers.

Another example Song talked about came from analyzing social media comments about shopping. Daumsoft discovered some of the most-used keywords were “good,” “eat” and “fatigue.” This puzzled the company, especially since online shopping has cut into real-world shopping because many people prefer buying at home.

But what Song’s researchers found was that the rise of online shopping has increased the importance of the social side of going to the mall or department store. Shoppers, particularly women, might not buy as much at the store, but they enjoy browsing and comparing products.

So, even though women are buying less at shops, they still walk around a lot, and so they get tired. What they need is food, drink and a place to relax with their friends.

Based on these results, retailers increased the amount of space at their malls dedicated to eateries and cafes. Today, about 30 percent of a mall’s space is dedicated to food and beverages, up from 13 percent a few years ago to 16 percent. At one large shopping complex, Avenue France in Seongnam, Gyeonggi, about 70 percent of the stores are restaurants.

“The key is to understand social change,” said Song. “For industries, innovation is not about getting patents on technologies or products. Any developments not reflecting consumer tastes are useless because industries exist to fulfill social demand. Businesses should start by understanding consumers’ thoughts and then look for opportunities from there.

“With the volatility of consumer sentiment, conventional barriers between industries are crumbling. If corporate leaders cannot adjust to those changes or fail to read consumer minds, there is no future.” 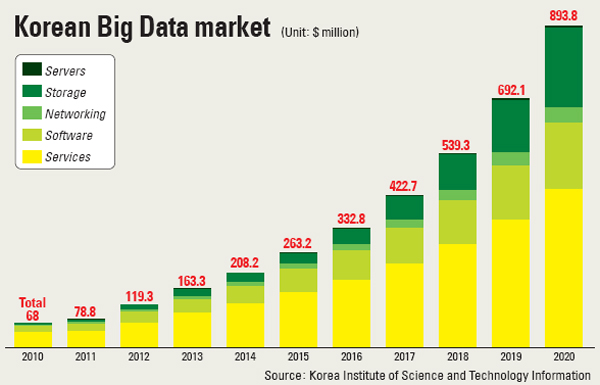 According to consultants McKinsey and Company, Big Data analytics will enable industries to reduce resources for product development by up to 50 percent and operations by 7 percent.

Experts say that as data analysis technology has advanced, the scope of Big Data has gotten broader and has opened a new era of business opportunities.

“Big Data is a lot different from simple data mining into consumer demographics or purchase records, which industry has been using to develop marketing strategies since the 1990s,” said Jang Woo-seok, a senior research fellow at Hyundai Research Institute. “Now, Big Data holds a much broader definition as technology has advanced to collect and store uncountable amounts of data from all kinds of sources.

“I would say only the upper 5 percent of companies are competent enough to claim they are making the proper use of Big Data for their business, in terms of volume, range of clients and information about them. Companies like Facebook and Google, with data platforms that consumers use and produce information using, are among the 5 percent, or in Korea, like Naver and the mobile telecommunication providers.”

He explained that, in the past, conglomerates used to rely on outsourcing information from data mining companies. But in order to develop technologies internally, more of them are moving to process their own data in-house.

According to the Korea Institute of Science and Technology Information, the local Big Data market was estimated at about $120 million in 2012. But that is projected to double by 2017 and reach nearly $900 million by 2020.

Samsung Electronics is one example. The conglomerate established its own Big Data unit on Dec. 11, recognizing that it was lagging behind global leaders like Google and Amazon and that Big Data is destined to become a major business in the near future.

SK Telecom, Korea’s largest mobile carrier, is known to be constructing a Big Data hub to enhance its mobile software and to become a Big Data player, according to industry analysts.

But despite the potential business opportunities Big Data provides, some warn about how that information might be used, citing accuracy and privacy.

“For some analyses of sensitive topics, unverified data results in inaccurate analysis,” said an official at the Korea Internet and Security Agency. “Privacy issues arise when it comes to industries’ use of their clients’ data to generate profit. Some people don’t want their confidential information to be used due to the possible damages it could cause.”

Despite those fears, the Korea Communications Commission released Big Data privacy guidelines on Dec. 18 that allow industries to collect and use an individual’s private information and history without consent.