Hyun’s remarks cause confusion on base salaries

Hyun’s remarks cause confusion on base salaries 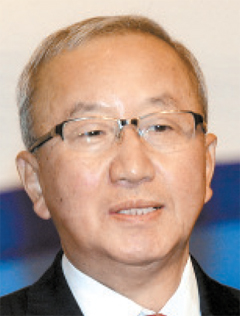 Business is buzzing over a recent comment made by Finance Minister Hyun Oh-seok that the government is mulling measures to give companies flexibility over the issue of what constitutes a base salary, depending on their size.

His remarks were made at a meeting with a group of businessmen based in Jeonju, North Jeolla, on Thursday.

“Currently, [government ministries] are discussing measures to have companies apply changes in their base salary systems depending on the size of their businesses or even delaying [applying the changes],” Hyun told the businessmen.

He noted that changes to the base salary system could be a big burden to Korean companies, especially small and midsize companies.

Hyun was responding to a complaint by a businessman who heads a regional chamber of commerce in Jeonju. At the meeting, he told Hyun, “Ever since [the Supreme Court] made its ruling on base salaries many companies are facing a legal war [with their labor unions].”

Last month, the Supreme Court made a ruling that will probably be a precedent for how base salaries are defined at Korean companies. It ruled in favor of workers at a local auto-parts maker who sued their company for not having incorporated bonuses and other regular payments into their base salaries. If base salaries are expanded, the amount of money companies will have to pay workers for overtime and in severance payments will increase substantially.

Hyun’s remarks have caused confusion in the business world, and some unions have reacted angrily.

“[What Hyun said] goes against the recent ruling of the Supreme Court, and his idea is above the law,” said Lee Jung-shik, an official of the Federation of Korea Trade Unions. An official at the Korean Confederation of Trade Unions criticized the government for “always taking the side of the conglomerates.” The official said, “We will put up a strong protest to protect the survival of our workers.”

Companies expressed discomfort over the government’s confusing position on the issue. Immediately after the Supreme Court ruling, the Finance Ministry released a statement saying it “respects” the decision. “We believe that the government isn’t in any position to postpone an issue that has already been approved by a Supreme Court ruling,” said an official of the Korea Employers’ Federation.

An official from the Ministry of Employment and Labor said that it has already told the Finance Ministry that delaying changes in base salaries at companies is something that cannot be done by the government and that changes cannot be applied to one big company but not to smaller companies.

After Hyun’s comments, the Finance Ministry said his ideas were “proposed theoretically as a solution that can be considered to ease difficulties the changes bring to SMEs.”