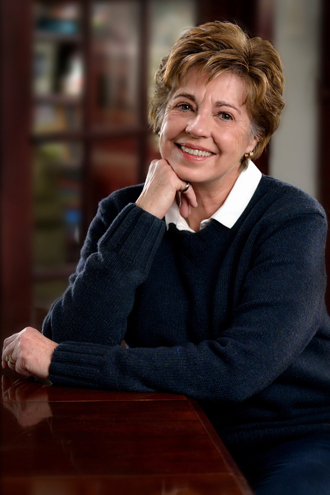 Writer P. S. Duffy, shown in this undated handout photograph courtesy of Karl Beighley, wove her affection for Nova Scotia’s maritime culture, a career in science and a background in history into a debut novel depicting the trauma of World War I on the psyche and society. [REUTERS/NEWS1]

BOSTON - Writer P. S. Duffy wove her affection for Nova Scotia’s maritime culture, a career in science and a background in history into a debut novel depicting the trauma of World War I on the psyche and society.

The book, “The Cartographer of No Man’s Land,” is about a young would-be artist and his scarred return home after the Battle of Vimy Ridge, where Canada’s victory helped forged its national identity.

Duffy, a neuroscience writer at the Mayo Clinic in Minnesota, has also written a textbook and a memoir of her family’s life in China during the Communist revolution.

She spoke with Reuters about her writing life, science and literature, and the cultural legacy of World War I nearly 100 years after the first shot was fired in 1914.

Q. What is your background in literature and science?

A. I’ve been writing all my life. My family members were storytellers .?.?. I was writing, even though I was writing science or essays. And I had poetry published .?.?. It really wasn’t until around 2000, after I had published this memoir about my family’s time in China, that I thought I will really work on fiction and get a handle on it. Writing comes easily to me, in terms of putting a sentence together, crafting a paragraph, the rhythm and the feel of language. I needed to learn a lot about the basic elements of fiction, the craft.

How is World War I still culturally relevant?

The war stands for this ominous opening to the 20th century. The world would never be the same, much like Sept. 11 for us. We’re still struggling with how this could have happened. Nobody on either side would ever have predicted the level of loss. 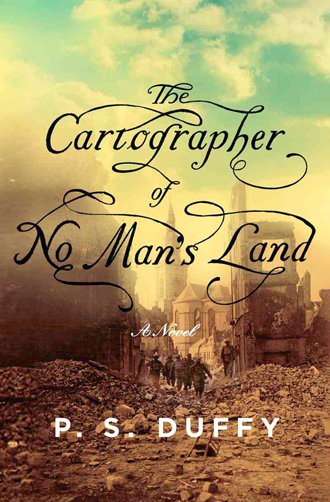 How did maritime Canada become a central element?

I first went to Nova Scotia when I was 10. The minute I got there, I felt like I had been there before. The minute I got on a sailboat and squinted up at the mast and coiled the lines, I felt completely at home. So I always thought, one day I’ll write about it. I spent a lot of time as a child hanging around people like some of the characters. I used to stand on the bandstand with these old salts, and we’d look out and watch the sleek racing yachts. I still go up there quite a bit.

And the Battle of Vimy Ridge?

Canada was a very young country. Vimy Ridge put them on the world stage. It’s like Bunker Hill is for us, or Valley Forge or Gettysburg.

How did you choose cartography as a wartime duty for your protagonist, Angus?

I chose map-making because of his artistic talent and because there is a lot of conflict about that. His father doesn’t take that artistic drive seriously. Because he’s a coastal sailor, and because he’s very good at precision in his art, he made adjustments in the charts. It was natural for him to want to be a cartographer, The whole thing is metaphoric as well. The experience, as is probably true with every war, is impossible to really map, or tie to absolute reality.

Do you see any parallels between Angus’s conflict over art, and your own experience as a science writer and novelist?

There is an imaginative aspect to science, because it makes you ask questions and the answers aren’t known. The language of science is literal. The language of fiction is more evocative, but they both require equal measures of imagination and precision.

Magic seems important to this book. Why?

There are a lot of spiritual elements in the book. I would never describe them as magical. But one thing you know from this war is, there were many fantastical experiences, and many were shared by many soldiers at once. When the mind is desperate, or the spirit, then you are opened to elements maybe beyond our understanding.

How did you pitch it to U.S. publishers?

I sold them on the story. I didn’t set out to write about the war. It is a story about the importance of connection. I wanted to set it in the era of schooner fishing. I knew the father (Angus) would have a war-related injury, and that this would affect his relationship with his son.