Koreans turn to netizens, not docs, for counsel

Koreans turn to netizens, not docs, for counsel 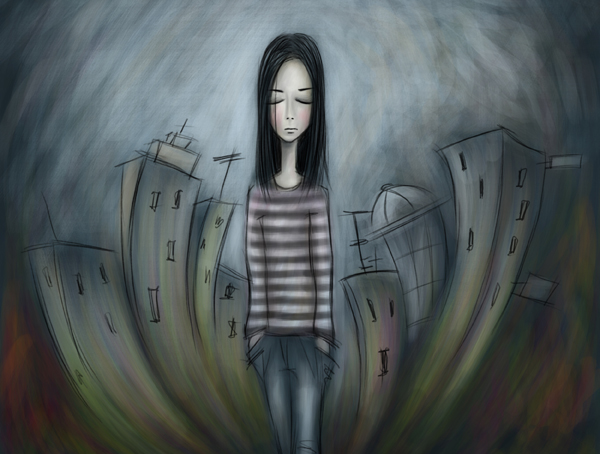 “I am so useless. I want to die,” begins a post made by an anonymous user on the website gomini.com, an advice-giving forum where netizens come with problems and expect to leave with answers, courtesy of other netizens.

“I’m so pathetic,” continues the frustrated young girl, who apparently is bad at “dressing, looking good, and at life in general.” She’s tried everything - from working at a veterinary clinic to studying - and has failed time and time again. Now, she’s asking netizens what to do.

The lengthy post lists details of all her failures, but there are no answers or encouragements from others in the comments section below. Yet this is the exception rather than the rule on gomini.com.

Usually there are countless threads in which members divulge information about their ailing romances and relationship woes, with many asking questions like, “Am I crazy?”

The problems found on similar websites range from “How muscular is too muscular?” to “Am I destined to be alone?” The age spectrum is wide, too, from heads of households suffering from a case of the blues, to twenty-something women to teenagers.

All the self-doubts, confusion and the like are not all that surprising, coming from a nation ranked No. 1 in suicides among OECD nations.

But the bigger question is, why are people turning to strangers for answers? The answer lies in the search engines.

On Naver, when you type in “psychology,” one of the top associated search words is “mental health record.”

Although it may seem like an irrational fear from a bygone era, the notion that a mental health record follows you around keeps many Koreans from seeking professional help. The fact that only treatment involving medication will be recorded is still not an incentive for people to seek counseling.

Despite embracing some Western ideas, Korea sticks to old notions when it comes to mental health. It is typical for a nation built on Confucian beliefs to resist seeking professional help so as to not lose face. Consequently, a lot of people who need psychiatric help will forego treatment to make sure their family name is untarnished. 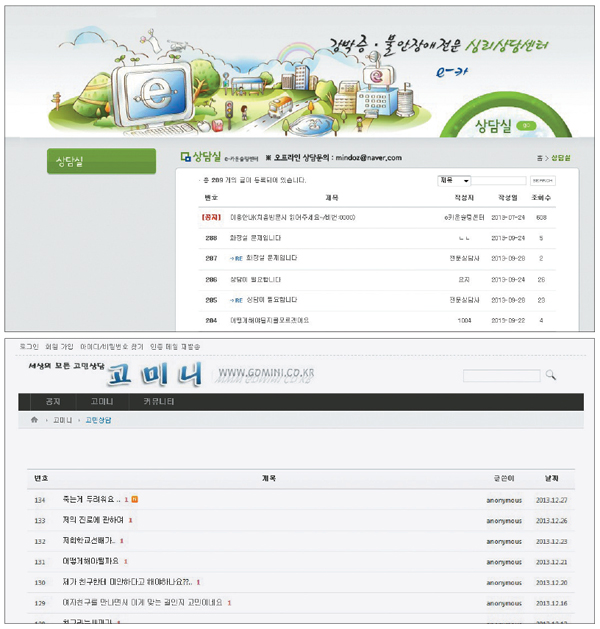 Top: Patients can receive online consultations with professionals through the website E-counseling.or.kr. Above: Gomini.co.kr is one of many websites where netizens seek advice from others about their problems. [Screen capture]

Shin Young-ok, a former nurse who is studying counseling psychology at the United Graduate School of Theology at Yonsei University, said that people often forego seeking guidance because they are afraid that it’ll disadvantage them as they pursue jobs and marriage - even with confidentiality agreements given by clinics.

“This has a lot to do with the way society views problems, too,” Shin said. “Often people think that a so-called problem is a fault inherent in a person, rather than a by-product of human relationships.”

In this outdated assessment of mental health, Koreans are reluctant to acknowledge that they need help and do not seek it out because it may send a message that they may be the problem.

Despite the fact that Sigmund Freud attributed mental problems to a sort of disease that can happen to anyone - and therefore curable through treatment - the Korean stance is that you don’t talk about it. But because you can only ignore a problem for so long, many are turning to online alternatives in their desperation.

Haengsoonyi is a member of Naver’s community advice website. She first turned to the site in October when she encountered a hardship of her own.

But since sharing her problem with the faceless community during what she said was one of the toughest times in her life, she’s crossed over to the other side, dispensing advice rather than seeking it.

“I know that each problem feels huge to each individual, and I wanted to do my bit to help them,” said Haengsoonyi. At 25, she’s never taken any course or training on counseling, but she said she tries her best to listen and then follow suit with encouragement.

Although an active member, Haengsoonyi said that she always makes sure to let people know that she’s not a counselor. But as one of the website’s top contributors, it’s clear that her voice is being heard. While an online community may be able to support and lend an ear, it’s unlikely that its users have the proper background, or even ethical mindset, to effectively deal with a person’s woes.

Joo Young-a, president of the Korean Counseling Psychological Association, said that because the nature of a counseling session should be “an intimate operation,” the ethics and morality of the adviser needs to be considered, which is impossible to get from an anonymous “listener” with no training.

Professor Kim Yong-tae from Torch Trinity Graduate University verified that although talking it out is partly therapy, “who you talk to and what you say to them is important.”

“You can hurt others by what you say, and in any case, trained professionals are better equipped to tackle the problem head-on,” said Kim.

Of late, another option that’s become viable for self-conscious Koreans who don’t want to be seen entering a clinic or counseling center are professional counseling websites.

E-counseling.or.kr is one of these options and a place where people can get consultations online. More than 1,000 people have received counseling since it was first established in 2010 at the hands of certified psychologist Oh Eun-soo. 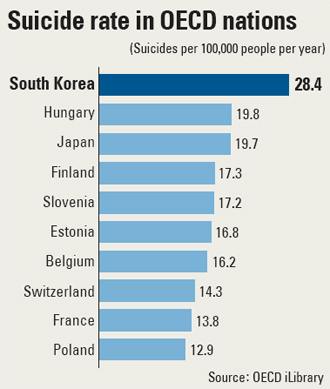 “Counseling websites and forums where people can talk about their problems are on the rise overall,” said Oh, adding that informal channels, “although they can aggravate the problem,” did spark an interest in the human psyche among the public.

Oh’s services are perfect for those who want both animosity and professional help. And while some cases lead to face-to-face consultations, only about 5 percent of Oh’s online sessions have led to offline encounters.

And despite having the Internet to thank, Oh said she was a bit wary of websites that dispensed help from those not within the field of counseling.

“An average Korean is constantly chased by time, stressed and in dire need of counseling,” said Joo.

But having the facilities doesn’t guarantee patients. So, while Koreans are still shy about seeking professional help, foreigners are leading the way in making visits.

Torch Trinity Graduate University, which offers counseling services (free if undertaken by a master’s student) for up to 60 people a day, said that 20 percent of its patients are foreigners.

“We teach our student counselors in both Korean and English for that reason,” said Hong Kyung-hwa, the head of Torch Trinity Graduate University.

Hong also emphasized that with each passing year, more people (foreigners and Koreans alike) were interested in getting counseling at the center.

Mike Lee, 24, from Canada, is one of those who sought help there when he wanted to pinpoint just what was happening in his ailing relationship with his then-girlfriend.

“When Korean people found out that I was getting counseling, the common response was, ‘Are you crazy?’?” said Lee.

Lee, who has met with a counselor from Torch Trinity Graduate University, said that he was surprised at the contrasting responses from those around him about his weekly sessions.

“Foreigners would, at most, respond by asking, ‘Is everything OK?’?” And when he explained that he was seeing a counselor in order to better understand himself, the responses were again mixed.

“Koreans kind of look at you in a different light; they think there is a hidden issue that you are trying to cover up,” said Lee, who said that for what it’s worth, he came out of the experience with better self-awareness. But Lee, despite his ethnicity, has more of a Western approach to mental health, in which he recommends that everyone get counseling “at least once.”

Although no longer attending weekly sessions, Lee added that he had no problem talking to those around him about the importance of counseling and he would go back without hesitation if he ever needed guidance again.

Shin said in the West, people look at seeking psychological help as something akin to getting flu shots for the winter season, a sort of preventive measure when stress or a problem becomes too much.

Kim said it was a good idea to be proactive in looking after one’s mental health as emotional well-being is not so linear anymore.

“From children to seniors, counseling benefits all,” said Kim. “And we counsel on everything like family problems, for spouses, organizations and even couple counseling for the to-be-wedded,” said Kim.

And while Joo said popular Western movies and dramas were slowly painting counseling in a favorable light in Korea, it’s still hard to change a culture through entertainment overnight.

“In the West, they have in place a mental health education as part of the school syllabus, so that from a young age, kids are taught how to control their emotions, what to do when having a panic attack and such,” Joo said, adding that the nation needs to increase awareness for such methods through public advertising campaigns if it wants to see change.

With the World Health Organization predicting that depression will be the second-most common cause of diseases around the world by 2020, change can’t come soon enough.

“Mind and body work together, and if one suffers the other will, too,” said Joo.