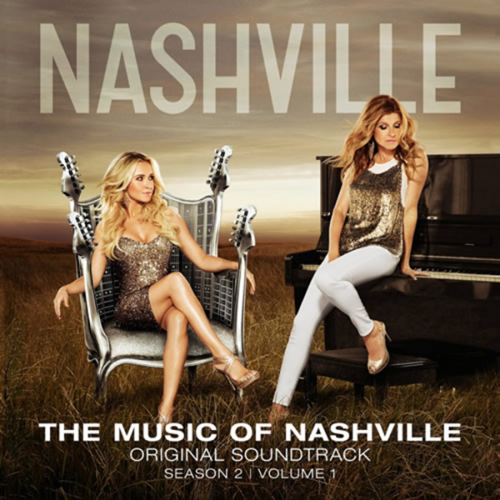 Like the rare, maybe mythical man who only reads Playboy for the articles, some must surely claim to watch “Nashville” solely for the music.

That‘s no crime - those who aren’t much for sudsy nighttime soaps would do well to check out the ABC show’s songs on “The Music of Nashville: Original Soundtrack Season 2, Volume 1.” While the storylines strain credulity, these sonic underpinnings hold the show together - as should be the case with a series set and filmed in Music City.

The actors sing their own parts, and the leads, Hayden Panettiere and Connie Britton, do fine jobs at the mic. Yet the true revelations are found in the musical chops of others, such as Clare Bowen and Sam Palladio.

“The Music of Nashville” runs the gamut from the slick and sassy (“Can’t Say No to You,” “Trouble Is”) to tender, deeper cuts (“Why Can’t I Say Goodnight,” “This Town”). Still, less can be more: The acoustic, demo-like take of “Ball and Chain” sung by Palladio and Bowen on the show is preferable to the Stetson and rhinestone-laden version on the soundtrack by Britton and Will Chase.