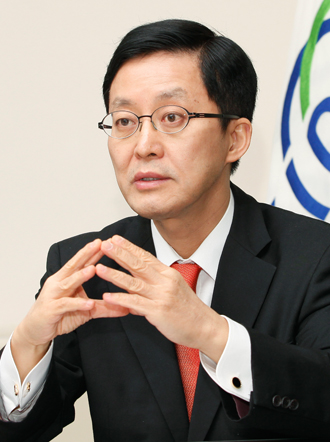 North Korea could stage a military attack in March when South Korea and the United States begin their annual joint military exercises, said Cheon Seong-whun, the president of the Korea Institute for National Unification. This could be part of an attempt to quell possible public unrest in the aftermath of the brutal execution of Jang Song-thaek, the powerful uncle of Kim Jong-un and once the second-most powerful man in the regime, he added.

“The execution of Jang could reflect the internal power struggle in North Korea while Kim Jong-un is struggling to consolidate his power,” Cheon said. “The elite power circle or those who witnessed the bloody purge of Jang could rise up and stage a protest.

“The regime,” he continued, “could repress them through a military attack against South Korea in March when the Seoul-Washington joint war games begin.”

Cheon, 52, was appointed in August by the Ministry of Unification as the 13th president of the institute, a vice-ministerial level position with a three-year term.

Recognized for his in-depth reports on North Korean affairs, Cheon received a series of accolades from the Prime Minister’s Office and the Blue House between 2001 and 2003. He also worked as a North Korea policies adviser during the Lee Myung-bak administration and was a member of the transition committee for President Park Geun-hye.

In the days following Jang’s execution, Cheon sat down with the Korea JoongAng Daily to provide a glimpse into the world’s most reclusive country and explain how the regime’s brutal purges would affect the upcoming affairs in the Communist state.

Q. Why do you think Kim Jong-un made the decision to kill his uncle and how will the execution affect North Korea?

A. What sets Jang’s execution apart from the other purges there is that North Korea publicized it in detail. The regime took the risk of disclosing its political weaknesses by revealing all the charges against Jang. The execution was also implemented faster than other executions, especially given the fact that the regime had just expelled the traitors outside of Pyongyang and then brought back some of the elite to the capital.

I assume that the execution appears to show the internal power struggle in North Korea while Kim Jong-un has not fully stabilized his power in the regime.

Whatever the assumptions about the reasons behind Jang’s purge, we can say that the upcoming rule of Kim Jong-un will be unstable with his removal. [I believe Jang was] the most reliable person Kim Jong-un could trust at the end.

The leadership of Kim Jong-un is quite distinguishable by these points, and this could be reflected by his own characteristics - his immaturity as a young leader.

If this instability continues, it could develop into a situation in which public agitation grows beyond the control of Kim Jong-un. In that scenario, North Korea could stage a military attack, tackling the joint military exercises between South Korea and the United States in March, or it could also launch a massive cyber attack that would be difficult to eradicate.

Why do you think North Korea announced the execution of Jang on the same day they proposed high-level talks with Seoul for the development of the Kaesong Industrial Complex?

North Korea probably wants to show to the outside world that everything is business as usual in North Korea and that it is still an ordinary country despite Jang’s execution. They appear to present the case of Jang Song-thaek as just an internal matter, not an issue in which the international community should be concerned. It also appears to prove that North Korea will push forward as scheduled with the business and projects led by Jang.

Will there be any changes in North Korea-China relations after Jang’s purge?

I guess there could be quite a lot of changes in the relations between the two allies. Jang was one of the credible North Koreans who favored China, and his sudden death could have displeased [Chinese officials]. In this situation, if North Korea commits a military attack or tests a nuclear device or missile, it would increase China’s hostility toward the regime.

Do you think rising military star Choe Ryong-hae will fill the power vacuum left by Jang? Otherwise, will other remaining family members of the Kim dynasty surface?

Although the media says Jang was the “second-most powerful” person in North Korea, we can’t say the position of the second-most powerful figure is a stable job in the regime given the fact that Jang, who maintained his power for 40 years, was abruptly dismissed.

Jang’s wife, Kim Kyong-hui, is the highest person in the Kim family hierarchy, even higher than Kim Jong-un. But considering allegations that she is currently ill and aging, the regime would not give an important job to the old aunt, nor punish her in connection with charges against her husband.

There’s also no strong candidate or rising star among other family members. When it comes to Kim Jong-chol, the older brother of Kim Jong-un, he has no particular issues so far. The only sister of the leader, Kim Yo-jong, is still in her 20s and single, with no major role in the regime. Kim Jong-nam, the half-brother of Kim Jong-un and the oldest son of late leader Kim Jong-il, would feel intimidated [by North Korean officials now not to emerge in politics].


Why do you think many aides to Jang Song-thaek are still alive and making public appearances as usual?

The regime is possibly unable to kill all of Jang’s supporters. He was involved in overall state affairs since the era of late leader Kim Jong-il. In every corner of the North Korean system, you will find a supporter of Jang Song-thaek. If the regime eliminates all traces of Jang, it would make the usual state of affairs difficult to manage.

The Ministry of Defense has said North Korea would test its fourth-ever nuclear test to solidify the leadership of Kim Jong-un in the event of an unstable political situation. If so, how powerful do you think it would be?

The scale of a fourth-round nuclear test would be similar to that of the third one in February 2013. But the regime would likely focus on the perfection of its function, maybe using other fuels like uranium instead of plutonium.

When it comes to whether North Korea successfully miniaturizes its nuclear bomb, I think it is quite confident in that technology. When the North tested its first nuclear weapon in 2006, Pyongyang allegedly reported its plan to China in advance that it would test approximately 4 kilotons of chemicals, a relatively smaller amount than the fuel used in other countries’ first tests. It means North Korea has had a blueprint for a small bomb since the first test.

So far, there are a lot of negative public opinions concerning reunification. Starting with the Lee Myung-bak government, however, we carried out lots of studies and research on the benefits of unification as part of efforts to help people understand why it would be beneficial for us - explaining the negative effects at the same time.

I also think the brutality of Jang’s execution increased South Koreans’ sympathies toward ordinary North Koreans living in such a repressive country, and it could lead to more humanitarian aid for the state.