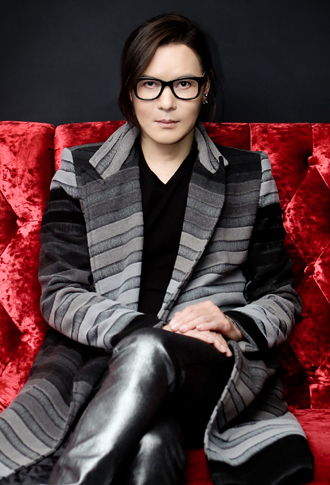 Rocker Kim Jong-seo’s new song, “It Hurts,” is his first release in two years and five months, but the veteran singer is more confident than ever.

Back again and more confident than ever, Kim sat down with Ilgan Sports, an affiliate of the Korea JoongAng Daily.

Q. How do you feel about coming back after a long break?

A. I feel very fresh, as if I just came back from the bathroom. It’s been too long since I recorded, so I barely remembered how. It was tough. I was worried how I was going to promote the album and scared whether the public would listen. Any singer who has been around a while knows such fears.

What was on your mind before releasing the new song?

I was determined to keep things light. I tried changing over the past 10 years, and I struggled. To survive, I even took part in dramas and entertainment programs. But that just made me more unhappy. I decided I wanted to do something that made me happy.

Why did you sign with NH Media, a big company that has many K-pop idols like U-Kiss?

I wanted to focus only on music. It was too much to work while worrying about promoting the album. I feel safer with managers.

I tried to keep my basic style but added trendier elements. It was my first time letting others write lyrics and rearrange my songs since my debut. In the end, I got a unique sound I never imagined.

Why did you focus more on vocals?

I wanted to reset myself and start from the beginning. I never had a vocal trainer. But I studied singing when I took part in “Opera Star” on tvN and have been studying ever since. My new release is like a marriage between rock and a classical vocal sound.

What does it mean to be a singer?

Singers should always have their ears open. Even in the music by idol groups, there is something to learn. Only the people who strive and put in the effort survive in the end. There are no absolutes. We are boats on a river. If you stay still, you flow away. You need to constantly row. If that doesn’t work, get a motor.