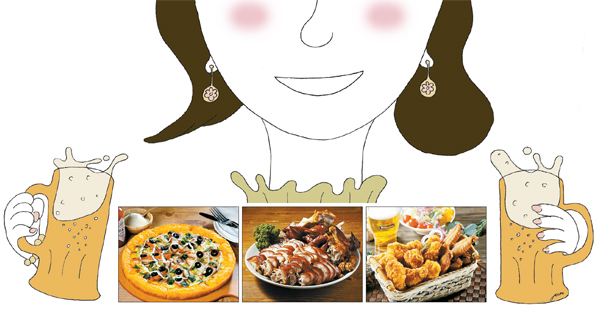 Affected by the gloomy economy and a downturn in consumer sentiment, businesses initiated by self-employed people were anything but dynamic last year.

But what about this year? For those thinking of opening a franchise or private store, what would be the best fit in today’s economic climate?

According to industry sources, the business outlook for start-up founders and the self-employed is brighter than last year. It doesn’t mean, though, that there are no barriers. The value of household loans has reached 1,000 trillion won ($937.5 billion), affecting consumer spending, and macroeconomic conditions are not the best.

Optimism concerning start-ups is based on expectations that the local economy will start recovering in 2014. Economic institutions, both at home and abroad, have forecast Korea’s growth in the high 3 percent range, an improvement on last year. If the economy strengthens as forecast, franchise companies are expected to turn aggressive by launching new brands.

“There is the possibility that consumer spending this year could drop, despite growing household income,” says Kang Byung-oh, a professor at Chung-Ang University. “Barriers like that can be overcome if businesspeople focus on targeting women in their 20s and 30s and areas like modern Korean food.”

Kang adds that small retail business owners should make use of mobile marketing.

This year, industry experts including Kang say young women will be the main spenders, noting that women in their 20s and 30s have been spending more on beer due to the recent trend of enjoying pizza and beer.

In the past, the interiors of local pubs that sell chicken and beer were designed to lure men. However, they are now being redesigned to be female-friendly.

Mad Fry Chicken, a franchise that sells fried chicken, has differentiated itself by decorating the interior of its stores with a casual concept resembling an English pub. Also, it has introduced fondue to attract young women.

“Normally, when people order fried chicken, they get a whole chicken,” says Jang Shi-nae, a 27-year-old owner of a pizza-beer restaurant in Seoul. “And it’s true that for many women out there, a whole chicken is too much to enjoy.

“Pizza and beer is lighter because women can order just one or two pieces with a cup of beer.”

At Jang’s store, a set that includes a slice of pizza and two glasses of beer is 9,900 won.

According to Jang, 70 percent of customers who buy the set are women.

This year, industry people also recommend opening modern Korean restaurants, for example, a modernized jokbal (boiled pig’s feet) place. They note that, in the past, it was mainly men in their 40s and 50s who enjoyed a plate of jokbal, but now women in their 20s and 30s also enjoy it because the food is known to be rich in collagen, a kind of protein good for skin. With more young consumers in the group, many jokbal places have opened in hip areas like Hongdae and Gangnam.

“Our store targets young consumers that look after their health and beauty,” says Woo Eun-ju, a 32-year-old owner of a jokbal place in Hongdae, northern Seoul. “We differentiated our restaurant by decorating the interior using colors of pop art.”

This year, experts note that rather than opening big stores, small ones of less than 33 square meters (355 square feet) will be more popular as they are less expensive.

“Rice balls are a popular snack, especially among students like me as they are easy to eat in between classes,” says Kim Hyung-joon, a teenager. “Plus, they’re also cheap.”