Drama has some pining for youth

Drama has some pining for youth 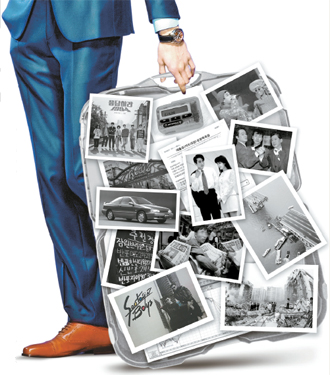 “Reply 1994,” tvN’s recently finished drama series, is prompting retro-nostalgia by rehashing all sorts of social and cultural issues from 1994. The show is set in Sinchon, a university district in western Seoul, with main characters who were born in the 1970s and attended universities in the 1990s. The eldest among them, Trash (Jung Woo) was born in 1971 and is a junior in medical school. The rest of the pack are freshmen, born in 1975.

Those in their 30s and 40s were the last generation to enjoy college life and the benefits of Korea’s rapid growth, before the 1997 Asian financial crisis hit. Korean society named them the “X generation” because they were new, different and difficult to understand.

Developments in information technology, such as pagers and early personal computers, along with the rise of K-pop, resulted in the formation of a new pop culture. For those who lived in that era, times were good. It was easy to get a job after graduation and with the end of the cold war, students faced fewer concerns. People danced to the rhythm in rock cafes and flocked overseas to travel or to study. Because of government restrictions on private education, the education gap between Seoul and other cities was much smaller. Plenty of students from suburban areas attended famous universities in Seoul, and just like in “Reply 1994,” all sorts of dialects could be heard in student housing. 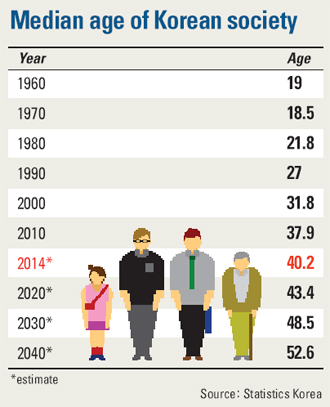 However, both of those generations face a reality without much of the stability that was cherished by their predecessors. When they entered into the society at the end of the 1990s or in the early-21st century, the Korea economy was no longer booming. Housing prices and key money deposits skyrocketed, while real wages stood still. The cost of private education for children grew unmanageable, even for those who saved diligently. What’s more, with a longer average life expectancy, preparing for old age seemed like a huge task.

“The early ’90s was the golden age for pop culture, when diverse and innocent desires gushed out after political rules were loosened,” said Lee Yoon-jeong, a culture columnist. She added that recent pop culture doesn’t contain composure and romance like it did in the early ’90s. It has become overly merchandised, evoking a sense of desolation. That is why the “X generation” is enthusiastic about “Reply 1994,” which leaves them longing for their 20s.

This year should be an important turning point for the nation because Korea’s median age is expected to reach 40 for the first time. According to future population predictions by the National Statistics Office, the median age of Koreans will be 40.2, slightly higher than last year. Median age refers to the age at which half the population is older and half is younger.

Since the 1960s, Korea’s median age has been rising steadily. In 1960, when those in their late teens led the April 19 Revolution, it was 19. From the 1980s to 1990s, university students in their 20s changed Korean society, leading pro-democracy movements. After 2000, people in their 30s were at the forefront of Korean society. But from now on, people in their 40s are in that position. The National Statistics Office has predicted that the median age will rise to 50 by 2035.

There are many people in their early 40s, mostly from the second baby-boom generation (those who were born from 1968 to 1974) - about 950,000 - according to the Ministry of Security and Public Administration, the highest number of all age groups. That’s 150,000 more people than who were born in 1958, during the first baby boom generation.

“The second generation of baby boomers had to go through excessive competition for entrance exams because there were so many people of the same age,” said Jeon Young-soo, a professor at Hanyang University.

Those who are in their 40s, previously known as the “X generation,” work vigorously. According to the National Statistics Office, most men in their 40s are economically active as employees or as independent businessmen. Two out of three women in their 40s also work outside the home. Traditional gender roles have collapsed and two-income families have become the norm.

“People in their 40s feel deprived because the ‘promotion elevator’ is broken,” said Jeon. “In the past, people became conservative when they turned 40, but because they don’t have many vested rights, they tend to support the opposition parties.” In fact, people in their 40s supported Moon Jae-in during last year’s presidential election with 55.6 percent of the vote, whereas those in their 50s overwhelmingly voted for Park Geun-hye.

Kim Ran-do, a Seoul National University professor, coined the phrase “kiddie 40s” in his recently published book, “Trend Korea 2014,” to describe people of that age who have the same sensitivities as children, despite being adults and parents.

“It is no longer unfamiliar to see middle-aged fans who are fanatical about girl groups in Korea,” said Kim, adding that they can “play” with digital media and analog games simultaneously. He also highlighted another new trend: Rather than insisting on using their authority as the head of the household, fathers are friendly to their children and take better care of themselves.

“Those in their 40s are the first ones in Korean society who were able to attend university for four full years,” said Kim Woo-seong, a professor at Youngsan University. “But they don’t have the same consumption tendency as they had in their 20s or as some people think today.”