For frank talk about sex, show’s secret is having balance

For frank talk about sex, show’s secret is having balance 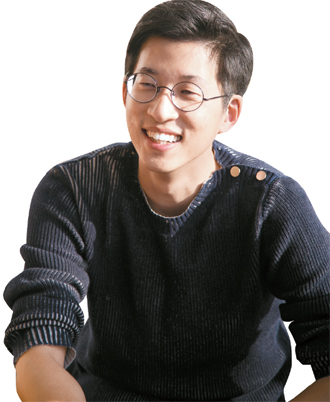 The real star behind JTBC’s frank and taboo-breaking “Witch Hunt” is the lead producer Jung Hyo-min. The 33-year-old rising star, who stood up this feisty reporter on New Year’s Day last week, talked on the phone recently about the talk show’s surprising success.

We started our talk with this reporter apologizing for postponing our interview several times. But Jung answered with a cool smile you could somehow hear on the phone line. “That’s OK,” he said. “I’m the one who committed the original sin.”

It was a pretty winning response. And even though I take pride in grilling any subject, no matter how high on the social ladder, perhaps his smooth answer made me too easygoing in this interview.

Q. Getting to the point, what drove you to make this show?

A. Take a look around. Lots of people in their 30s refuse to get married or have babies. But that doesn’t mean that they are not doing “it” in bed. Sex is something we now talk about with friends, but still remains a taboo on television. I wanted to break free from that. After all, relationships - both mental and physical - are a matter of communication.

So what’s your message?

One interesting thing about your show is how viewers compete for seats in your audience. You pick 10 pairs of guests from the photos of real-time viewers.

What impressed me the most was the photo of a woman in her 20s who uploaded a photo of her watching the show with her mother and grandmother. That means the show can be meaningful and fun to three generations. I also remember the lady who wore a bunny outfit.

Most of the viewers, though, just upload photos of themselves drinking beer with the television on.

Is there anything that you strive for in making the show?

To make a balance. The show is not only about the adult-only stuff. We want to stay balanced.

What about the disciplinary action from the Korea Communications Commission?

Well, we saw it coming. But we just went ahead and gave it a shot. But isn’t it strange to ban something that is common in movies and novels only not on television?

Any grand plan for upcoming shows?

It beats me. A TV show is a living creature. We make shows that we think people would want to watch. The future of “Witch Hunt” remains a mystery to me. But I’m more than happy to do the homework.