Will Hong lure Park to Brazil?

Will Hong lure Park to Brazil? 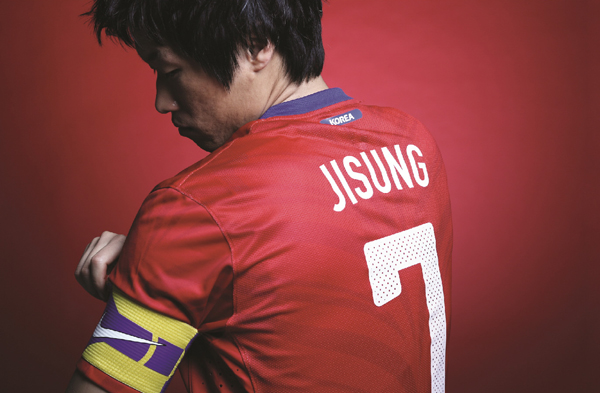 Korean national football team coach Hong Myung-bo said yesterday that he will meet midfielder Park Ji-sung of PSV Eindhoven in Europe to see whether he is willing to join the national team for the Brazil World Cup.

Hong said he will meet the 33-year-old veteran midfielder in March when the national team has friendly matches in Europe. Hong said the exact time and location of the meeting hasn’t been decided yet.

“I know that he told his people that he will not come back to the national team, but I never heard that from him directly,” Hong said. “As the national team will have a friendly match with Greece in March, I’m considering meeting him around that time.

Sources say Hong thinks his team is too young. He thus needs some big-name veterans with European league and World Cup experience, to develop an aggressive team to compete against Belgium, Russia and Algeria, which are all in Group H with the Taegeuk Warriors in the first round.

Currently, the national team’s starting lineup consists of players in their early and mid-20s, including Sunderland’s Ki Sung-yueng, 25 and Bayer Leverkusen’s Son Heung-min, 21.

Hong thinks Park, who captained the national team in the 2006 and 2010 World Cup events, can upgrade the quality of his best 11 players.

“Park was one of the best captains in Korea’s World Cup history,” football analyst Han Jun-hee said. “Having a teammate who once played on a club like Manchester United gives more confidence to the team, and that also would be a threat to opponents.”

However, Park has said repeatedly that he won’t join the team since he declared his retirement from it after the 2011 Asian Cup in Qatar.

“Park would bring some impact to the team,” Hong said. “But I can’t force him to come back if he really doesn’t want to do so. But I want to at least hear from him directly about this issue.”

Hong said he planned to bring Park back to the national team when he became the coach in June, though he had been saying to media that he is not willing to ask Park to join the team if he doesn’t want to do so. “I had tons of work to do last year, but I have always been thinking about him. We have about six months until the event, and I think it is time to hear his ideas from him, not from his father or his agent.”

In December, Park’s father, Park Sung-jong, told JTBC, “Some people around my son recommended that he play in one more World Cup before he retires, but he told me that he has already done enough on the national team and said he doesn’t want to take a younger player’s chance to appear in the event.” But Park said on Wednesday that he will be happy if his son meets Hong, regardless of the decision that his son would make.

Analysts said that the reason Hong is willing to meet Park in March is because that is when Hong will likely decide his final roster for the World Cup.

“Making a decision as early as possible would be better for both Park and the national team,” Hong said. “I think the issue on Park will likely be the very last thing that I would do in finagling the World Cup roster.”

Meanwhile, the Korea Football Association yesterday introduced Ton du Chatinier, 54, former coach of FC Utrecht of the Eredivisie (Holland league), as a member of the national team’s coaching staff for the Brazil event. Chatinier will work as a player analyst. “Because I know pretty well about Belgium and Russia, I think I can help coach Hong,” he said, adding that having Park on the team would be a huge plus for Korea. “When I saw Park playing in Netherlands, he already proved that he still is a top-class player.”