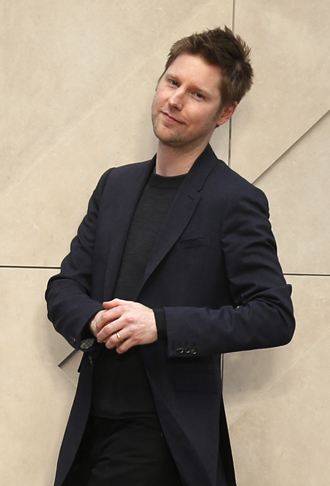 LONDON - The heir-apparent to the Burberry crown took center stage on Wednesday as the British trench-coat maker presented its latest menswear collection in London, with its outgoing chief executive nowhere in sight.

The 158-year-old luxury goods maker, famed for its camel, black and red check pattern, said in October that chief creative officer Christopher Bailey would also take the chief executive role in mid-2014, replacing Angela Ahrendts, who is leaving for Apple.

The announcement heralded the end of a partnership credited by analysts as having restored Burberry’s cachet after its trademark design became ubiquitous in the 1990s, and it came amid a wider management shake-up.

Stacey Cartwright, who served as Burberry’s chief financial officer for nine years before stepping down last year, said on Wednesday she would be joining the upscale department store chain Harvey Nichols as its chief executive.

At the end of a show pegged as the highlight of London’s seasonal menswear fashion week, Bailey took a bow to an audience populated by fashion buyers and members of the media from more than 20 countries, as well as celebrities such as British singer Paloma Faith and Chinese actor Chen Kun.

The show, held in London’s Kensington Gardens and streamed live over the Internet, saw fresh-faced models strut down the catwalk in colorful map-printed silk scarves, oversized slouchy coats and handheld bags with London’s skyline emblazoned on many of the pieces.

Caroline Rush, chief executive of the British Fashion Council, said she thought the collection was strong, with the variety of coats on show and bags among her highlights.

“It’s going to be an exciting time for Burberry,” she said. “Christopher has really helped build the DNA of the brand, has been very involved in many of the business decisions and is really relishing, from what I understand, taking on the role.”